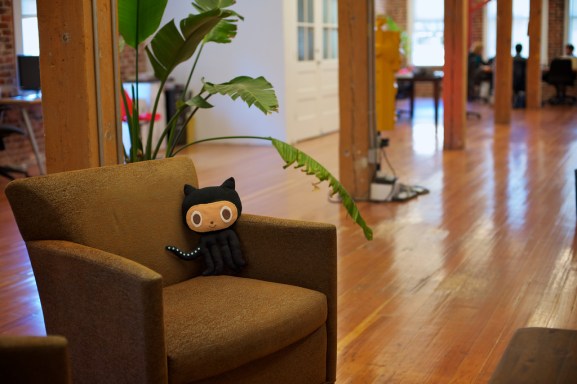 The investigator, Rhoma Young, spoke with 50 employees before concluding that there was no evidence to prove the idea that a sexist or discriminatory culture pervades inside GitHub, co-founder and current chief executive Chris Wanstrath wrote in a blog post today.

“Employees were asked about their experiences here, good and bad,” Wanstrath wrote. “Women at GitHub reported feeling supported, mentored, and protected at work, and felt they are treated equitably and are provided opportunities.”

The outcome of the investigation gives GitHub the appearance of being fair for women, despite Horvath’s account of unfair treatment at the company, which stores code for individual developers and enables collaboration on thousands of projects, including major open-source software projects.

And the fact that Preston-Werner has resigned allows for the perception that GitHub could be in for improvement. Meanwhile, GitHub aims to improve things more with changes and new initiatives the company will announce next month, Wanstrath wrote.

While Young did find issues with the way Preston-Werner behaved, she explored issues like the removal of Horvath’s code from one project and came across no proof of “misconduct or opportunistic behavior by the engineer against Julie or any other female employees in the workplace,” according to Wanstrath’s blog post. The actions did not seem to be malicious, which helps the case of the unnamed engineer.

And while Preston-Werner displayed “confrontational conduct,” he was also called out in the investigation for his wife’s behavior. The report cited his “insensitivity to the impact of his spouse’s presence in the workplace and failure to enforce an agreement that his spouse should not work in the office.”

Don’t expect this to be the last word. Horvath has been making comments about the investigation on her Twitter account, and she could end up providing more detail about her experience at GitHub in the future.

I'm pretty satisfied with @Defunkt's blog post. I disagree about the objectiveness of the "investigation," as well as the toxic workplace.

Also important to note that "found no evidence" does not mean it did not happen. I know what I experienced.