Microsoft announced a bunch television shows today that will debut over time on its Xbox Live online entertainment service. These Xbox Originals will be broadcast on game consoles, PCs, and mobile devices.

Seasoned TV executives Nancy Tellem and Jordan Levin are running Xbox Entertainment Studios in Hollywood. Their strategy is to create original TV shows that will give people more reason to subscribe to Xbox Live while extending the service’s reach beyond console gamers.

But their first shows will focus on what appeals to the base of mostly young male gamers. When the first programs go live this summer, Xbox Live will become one of the largest TV networks since it already has a base of 48 million members.

We caught up with Tellem and Levin at a press briefing in San Francisco last week. Here’s an edited transcript of the conversation. 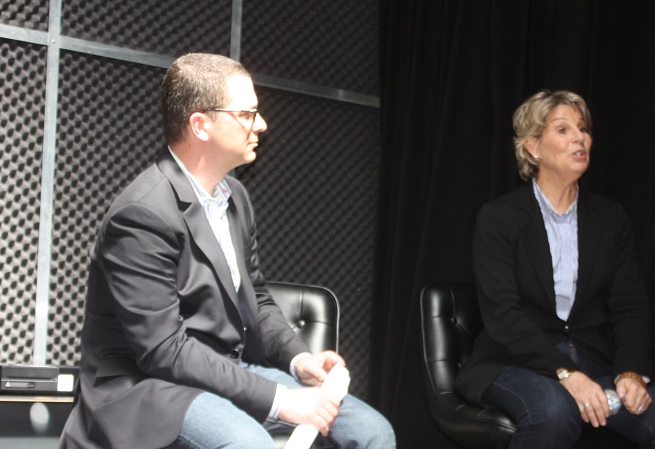 Above: Jordan Levin and Nancy Tellem from Xbox Entertainment Studios.

GamesBeat: One of the new shows among the Xbox Originals is Humans.

Jordan Levin: We’re starting production late summer. You adapt these things, so they work more naturally for your territory. But it’s interesting. When we’re dealing with a global platform — we’re in 41 territories — as you start to make rights deals, you have to think through which rights are important, which rights are secondary, and how you can continue to create upside for your partners.

Nancy Tellem: You first go through the lens of what you think works with the audience. What we like about Humans is not only the action, but also the character stuff. Looking for prototypes, it’s like Game of Thrones or Walking Dead or Breaking Bad. Not only does it appeal to the millennial man, but it also appeals to women as well. As we’re looking at all these scripted series, we look through that lens. You don’t want to limit yourself as far as where you look. You want to partner with as many people as you can, have access to as many ideas as you can. Thankfully, with us being well grounded in traditional media, we get what our partners need.

Above: The Xbox Originals logo.

GamesBeat: Are you doing anything different across Xbox 360 and Xbox One? Is there some unique content that you could interact with on Xbox One?

Tellem: The intent is, whatever we produce will be on both platforms. We’ll be able to do some things only on Xbox One, just because the architecture of 360 has its limitations. But we hope to achieve a similarity of experience.

Levin: Now you’re starting to get into what makes this even more challenging than just trying to find the right programming. The whole process of putting together this layer of interactivity, against a platform in which there’s different functionality for the different hardware … there are different screens, as screens start to get married together. That’s why there’s this team of 125 people up in Vancouver to build out things like the NFL interactive experience. The timing of all that’s different. The legal needs are different.

We start to talk about bringing together technology. In that world, the entertainment world, the devil is in the details. You have to approach it from a place of mutual respect, trying to hear what each other [is] saying and find out how to translate between the two. The nice thing for us, at least within Microsoft, has been … neither side is approaching it from a standpoint of, “This is the way you do things.” It’s, “Look, this is our context for how things are done, but let’s figure out a new process that works for both.”

Humans is a good example of the technology we’re trying to build. When dramas work, people love the social immediacy of watching something in real time. That works better for sports and live events than it does for something you’re time shifting, though, and consuming on your own watch. One of the products we’re trying to develop is something called time shifted comments. It tags comments to individual frames, similar to Soundcloud. It allows you to sort those comments however you want to see them. If you want to see your friends’ comments, if you want to put together targeted individuals you like, if you want to see the most read or liked comments, you can snap that on a separate sidebar. When we talk about interactivity, part of what we’re trying to develop are things of that nature, that solve problems.

Tellem: The challenges are different when you’re dealing with [video on demand] versus a live broadcast. It’s exciting to figure out how to present to the audience something that they’re choosing to watch when they watch it. 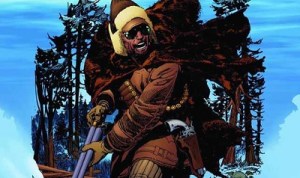 Levin: One area we look at with dramas is underlying rights. Those come in a lot of different forms. A lot of properties have been on the market that have influenced a new generation of creators. Those come from a lot of different sources. Graphic novels are a rich area. One that we’ve acquired is Winterworld, created by Chuck Dixon, which we’re looking at as a limited series. We’ve acquired a number of books. A good example is Gun Machine, which was a New York Times bestseller, written by Warren Ellis, who’s an executive producer. Deadlands is a very popular role-playing game for nearly two decades that’s spawned books and graphic novels. They’re all in script stage, but again, that gives you a sense of our thinking.

There’s another pool of intellectual property that we’d be fools to overlook, and that’s the treasure that is the various game properties that Microsoft owns. This is by no means to suggest that we are going to develop every single one of these franchises into more than games. But again, just to give you some insight, these are properties where we’ve started to meet with the game studios, started to meet with the creative heads and the brand managers at those studios. We’ve spent time at those studios to get a better sense of those worlds and consume the materials that have been developed around them and understand what their goals and ambitions are and see if we can be of help to realize them. We’re trying to see if a live series, whether scripted or unscripted, is something that helps them extend their brand and creates a unique experience for the Xbox platform that does feel deserved and doesn’t feel like a marketing gimmick.

Tellem: To reiterate, this is an amazing opportunity, to have such a library of content. … We had a discussion about [the canceled Xbox 360 game] 1 vs. 100. It was an experience that was done some time ago, and it was well-received but never pursued. We’re looking at all of that to figure out if it’s worth looking more closely and exploiting.

When you’re dealing with these seminal game titles, we defer to the game studios themselves as to what they want to do. It’s not like we’re coming in and saying, “We want you to do a live series.” It’s more about them saying, “We want to expand our franchise. What can we do?” Before with most of these, a lot of people from the outside, from my business, came in and said, “Oh, let me do Gears of War.” They developed to features that never went anywhere. It’s more that we’re the trusted studio to support what they want to do and how they want to grow that franchise.

Halo embarked on a digital feature a couple of years ago. It was a risk at the time because we weren’t sure how the fans would react. As it happened, it was really well-received. It showed their appetite, wanting to learn more about the characters and flesh out the mythology that’s revealed in the games. I think about 50 million unique viewers watched that, which in my world would be fantastic. But it also highlighted the love of the game, how a rich storytelling opportunity with Halo was something they were very sensitive to, making sure they were respectful of the fans. We are developing another digital feature. We’re working very closely with 343. They’re guiding us through this. We’re bringing our own expertise and supporting what they ultimately want to accomplish.

We brought in Scott Free Productions, which is Ridley Scott’s company, to produce. We start shooting next week on a digital feature that augments the storytelling that already exists. We hope we’ll have that done and be able to release some time at the end of the year. In active development is the series with Steven Spielberg, which we’re working on as well. Again, for us, it’s an amazing opportunity to work so closely with a game studio and help them execute their vision. 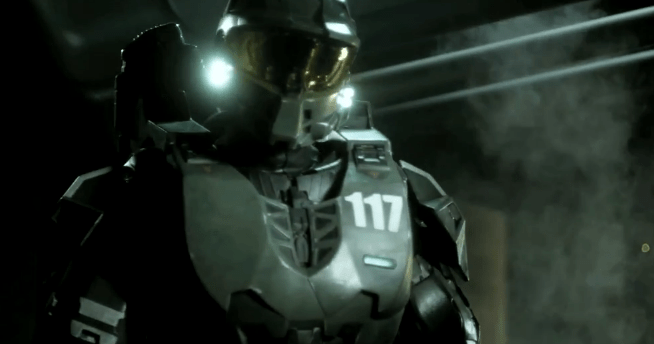 Above: Master Chief from Halo 4: Forward Unto Dawn.

GamesBeat: So these are two entirely different entities? The Scott Free production is another Web series, like Forward Unto Dawn (a Halo live-action show from 2012)?

Levin: Similar, but higher budget. We’re biting off something a little bigger. We’ll be shooting in Ireland and Iceland. It’s not following Master Chief.

A lot of it’s about making the right marriages. A lot of different entities come together to make something. You don’t want to force marriages. You want everyone to feel comfortable with one another. We’re in that marriage-making process with some good possibilities.

This is a content company. It may be a different content company than people in Hollywood are used to, but there’s a greater level of common understanding than there is a disconnect. A lot of it, for us, is about bringing together a process where both sides understand the common language and put in place processes that make sense for everyone.