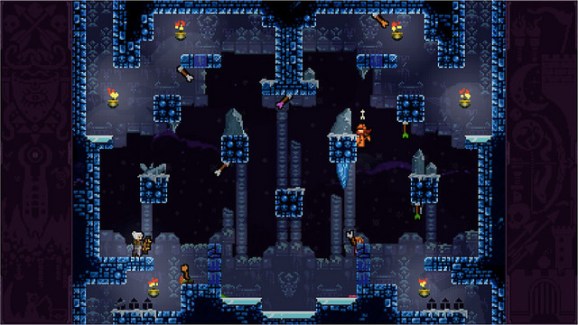 The critically acclaimed TowerFall sold just 7,000 copies on the Ouya Android microconsole. But it sold much better on the PlayStation 4 and the PC, with the total gross hitting $500,000 across all platforms.

Ouya chief executive Julie Uhrman touted TowerFall as a “killer app” before Ouya’s debut in mid-2013. But TowerFall developer Matt Thorson told Eurogamer that the it sold poorly on the microconsole. All told, TowerFall likely sold about 33,000 copies at a $15 price, not considering discounts.

“Being the best game on Ouya isn’t a huge deal, but it is nice. It still sells on there,” Thorson said.

He said sales were significantly better on the PS4 and the PC, and that is helping Thorson to support his game design on his own for a time. The Sony version of the game, TowerFall: Ascension, debuted on March 11.

The news isn’t encouraging for Ouya, as it has few standout hits despite its positioning as an indie gamer’s dream machine. The machine was originally touted as “the people’s console” thanks to its emphasis on a low $100 price and indie content.

In a statement, Ouya’s Uhrman said, “Twenty-one percent of TowerFall’s total revenue comes from Ouya, which is pretty impressive when you consider the legacy and size of the Steam and Playstation communities. Plus, Ouya helped put Towerfall and Matt on the map.  His story signals that Ouya works:  We are finding the next great developers and making them household names, while rewarding their great games with real money in their pocket.”