You are not safe.

With nothing but the map on your phone and the glowsticks and flares you find, Zombie Studios’ survival horror adventure Daylight (releasing today for PlayStation 4 and PC) pits you against a violent group of Witch spirits. I received a digital prerelease copy for the PS4 to see whether this game deserves to stand in the light or left to the shadows.

It gets the “Slender” formula right 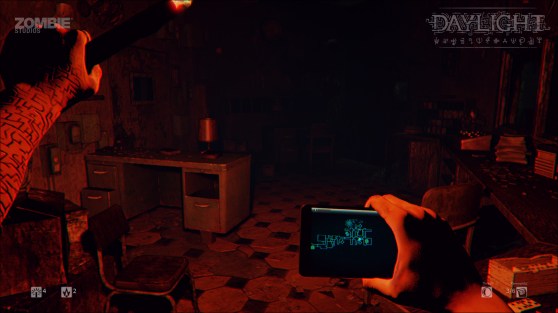 Above: Flares are your only defense against Witches. You’ll need them.

Slender, a game based on an Internet folk tale of an ethereal children-snatcher, forced the player to collect eight pieces of paper while avoiding the superhuman monster.

In a similar fashion, escaping from Daylight’s haunted locales involves collecting around half a dozen pages of missives and memos. After reading about the treatment of the young girls that the leaders of a small religious town accused of bringing about a “Dark Time” of plague, a story-relevant item will appear that unlocks the exit. But a host of Witch spirits sits between you and freedom, their appearances marked by distortions of your phone and hints to use your flares. Few things will get the hairs on the back of your neck to stand on end than a reminder that “They Will Consume You” on the bottom corner on your screen.

Random generation helps save this thin, unchanging routine from monotony. Each item, remnant, and enemy appears in the world at different points (and in different amounts) each playthrough. Level layouts don’t vary as much, but even a hospital hallway can be tense when you have one more remnant to collect and no glowsticks to highlight the interactive items in your path. Daylight is the most refined example of the concept that birthed one of the biggest cult hits of the past generation. When it works, you can’t peel your eyes from it.

It tells a story worth discovering 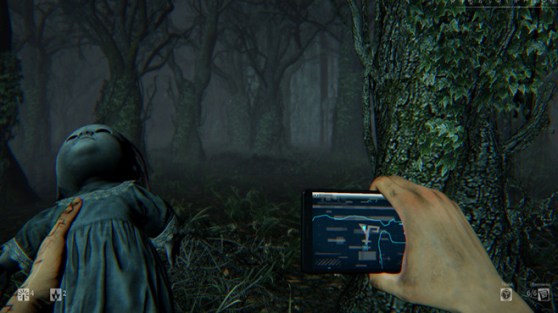 Above: The environment is just as much of a storyteller in Daylight as the remnants are.

Daylight’s narrative is more about the journey than the destination. Aping found footage movies with its tale of a haunting from a wretched past, the small threads you connect through the remnants you uncover play out as engrossing little vignettes. It’s the interplay between side characters you never meet that keep you drawn in. They run a wide variety of personalities, and most are minor players in a grand scheme of torture and paranoia. Single documents in Daylight do more to sell a mystery than most games manage in a full cutscene-ridden campaign.

The random generation takes a little sting out of discovering all the story’s secrets but that’s entirely a bad thing. It’s a tough choice to make between finding every expository remnant (only a handful are required to progress) and facing increasing Witch hauntings. It’s a good thing then that gameplay helps to reinforce much of the minimal story. The everyday objects needed to break the seal to each exit receive mentions in the remnants. As you collect more documents, a moon-shaped threat meter waxes and wanes. It serves as a reminder of incoming Witches and also reinforces the puritan fear of the natural world that led to their capture.

Daylight is Paranormal Activity filtered through Slenderman. It can be a little silly, and the protagonist does tend to squeal at every toppled chair, but the story told here gets deeper and darker the more you discover.

It still has to rely on the Slender formula 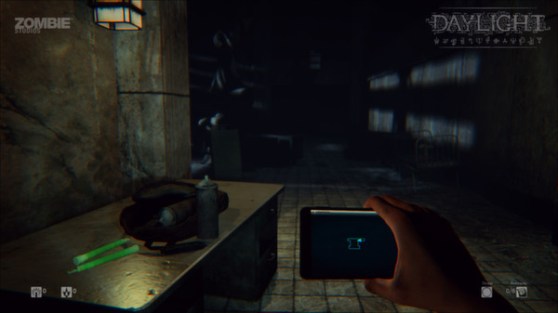 Above: Random generation is both Daylight’s trademark feature and its albatross.

The biggest drawback to random generated horror games is the constant possibility of a bad game load. When most of your interactive elements are random generated, sooner or later the player will fall victim to a level where all collectibles are in one easy stretch of the map. Worse still, enemies could spawn with every other step. I got both ends of this spectrum in just one playthrough of Daylight.

You can forgive these issues with a quick reload in a single-environment game with only one enemy like Slender. In a game of Daylight’s size, with few auto-save points and a working inventory, it turns a terrifying expedition to a repetitive slog. Having the drawers and boxes that give random items delete them if you activate them with a full inventory also means that you could exhaust all items in a level by accident.

The Prison level gave me the most headaches, with three separate loads having Witches spawn within half a room’s length of each other. Some of the bigger cell blocks had enemies popping in and out with such regularity that I killed 10 in the span of one flare and had no hope when it went out a minute later. It was a regular enough occurrence to tear from the terror for a good hour of playtime. When the game is between 2-3 hours, that’s usually a death sentence.

A waste of the Unreal Engine 4 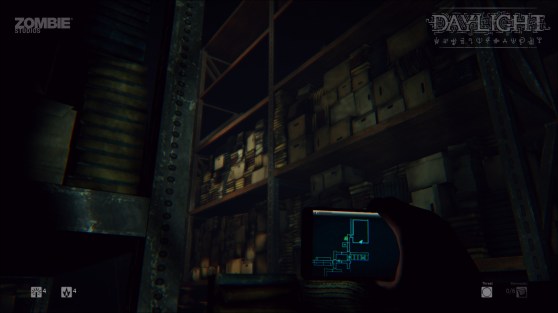 Above: It takes three-fourths of the game for Daylight to get to an interesting-looking level.

The shiniest engine doesn’t make up for dull art direction. Each of Daylight’s four chief locations is rife with repeated background objects and blurry textures. Each hospital hallway or sewer cave-lining blend together with the same patterns and atmospheric effects repeated in what feels like an infinite loop. You’ll come across the same cardboard box and rusty office chair enough times to see them in your dreams. The same sound effects also seem to repeat when revisiting a room later on in the same playthrough.

Lighting is brilliant and moody while outside, but the interiors rely on the same rusted metal, boarded up windows, and sputtering fluorescent bulbs that every horror game has had for decades. Your glowsticks and flares, while casting long and reactive shadows, blanket an already basic landscape in a dull hue. The few times moonlight filters through boarded up windows is just enough of a hint at the beauty of later levels to keep you going.

Daylight is a victim of its most-touted feature. When the random generated items and enemies work, every step carries a palpable sense of dread and unease. But the immersion’s lost when the player gets caught in an enemy spawning loop with too few flares is hard to get back. The story’s climax works better on paper, and bland visuals just make maze navigation aggravating. The $15 price is also a bit much to ask for what will last most players up to 3 hours without much of a reason to replay it. For the few moments when it all clicks, Daylight is the best we could have hoped for out of the Slender craze. The rest of time will have you remembering why it was a craze to begin with.

Daylight releases on PlayStation 4 and PC on April 29. The publisher provided us with a pre-release digital copy on the PS4 for the purposes of this review.