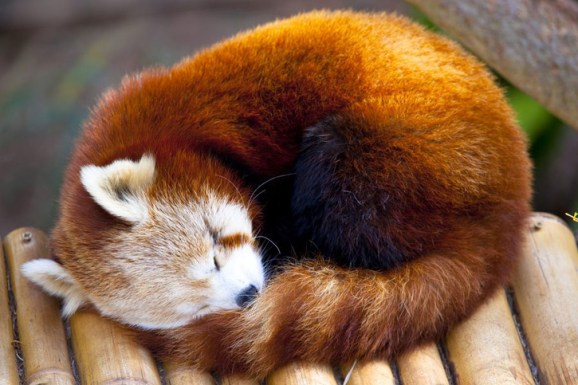 A sleeping red panda, also known as the "firefox."

Today Mozilla launched Firefox 29 to the public. Years ago, the browser almost singlehandedly ended Microsoft’s stronghold on the Web, but now it’s facing 5-year market share lows — largely due to the rise of Chrome.

As a former Firefox diehard, this has been painful to watch. One of the most obvious contributing factors to this decline is the overwhelmingly dusty appearance of Firefox’s default interface. On both Windows and OS X, Mozilla’s browser simply felt old.

This is why Firefox 29 should excite the design community. One month after the beta release, the redesigned browser is finally here.

The redesign isn’t revolutionary, but it puts Firefox on par with Chrome, Opera, and the latest IE release. Mozilla has finally learned that a few clunky buttons can ruin an entire browsing experience, because the browser’s job is to simply present the Web and get out of the way. Subtle details like the new bookmark animation (below) add a nice touch.

Along with the redesign, Mozilla further elevates the status of Firefox Sync, a rival to Chrome’s syncing feature. The feature is now more easily accessible in Firefox’s new drop-down menu. Mozilla also revamped Firefox’s customization features. Finally, Firefox 29 includes new developer tools, although none of them appear to be groundbreaking.

In short, Mozilla is offering just a few new features in a far prettier package. Firefox is now significantly easier on the eyes. That may not matter to everyone, but for the design-obsessed, there’s one less reason to avoid Firefox.