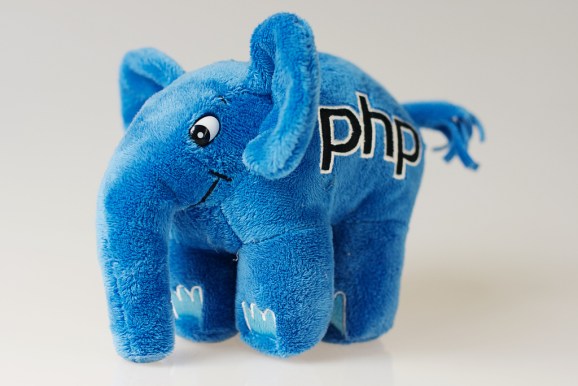 Like it or not, PHP powers a huge chunk of the Web, from WordPress and all sites built with it to social networking giant Facebook and crafty marketplace Etsy.

So for the sake of not making enterprise-scale PHP developers around the world feel neglected, Heroku, a provider of cloud computing for developers, is announcing today it’s expanding its PHP support in three new ways: native support for Facebook’s HipHop VM, new package management for PHP, and PHP support for Heroku XL.

“PHP had a moment of real popularity in the mid 2000s, [but the] PHP VM wasn’t getting some of the innovations that others were getting ” said Heroku vice president of product Adam Gross to VentureBeat.

So ahead of PHP-based Facebook’s developer-focused conference tomorrow, Heroku is now offering full PHP support with a combination of the latest tools and developments for the language.

When Facebook released its HipHop Virtual Machine (HHVM) a little over four years ago, the PHP community got a new open-source source-code transformer for PHP, which makes PHP applications run faster by translating them into a more machine-friendly language.

Now, Heroku is making HHVM available for its PHP developers as part of the Heroku buildpack. Developers will be able to easily switch between the traditional VM and HHVM, enabling them to try both for performance and compatibility.

“It’s the platform PHP runs on getting a major upgrade. It’s like Apple coming out with a new version of iOS,” said Gross.

Heroku is also now bringing declarative and explicit dependency management to PHP development on its platform. As the company lists on its blog, this has a few advantages when it comes to managing packages (packages are software components to accomplish one thing):

The company also writes that it’s made this kind of dependency management available on Heroku for other languages for a long time. This also means that new PHP frameworks such as Symfony and Laravel will not be available, too.

Bring your PHP app to IPO!

And lastly, Heroku is announcing that PHP development can now take advantage of Heroku XL, which it originally made available in February. Heroku XL provides computing instances, or slices of physical servers, that pack 6 GB of RAM and help applications scale to higher performance contexts much better — “taking a small application and scaling up to a IPO level,” as Gross said.

“PX Dyno compatibility brings even greater performance to PHP apps running on Heroku, and coupling with HHVM support delivers performance for even the highest scale sites. And with premium support for PHP, developers and enterprises both can deploy their PHP apps with the confidence of having 24/7 technical resources available to them,” the company wrote in an official blog post.

Gross also told us that while PHP is the third-most popular language, “what it’s lacked [until now] is this kind of more mature component to go from recreation to enterprise.”

Heroku is a platform on which developers write their code, push the code to Heroku, and then add more resources to it to help it scale. The company was founded in 2007, and in 2010 Salesforce acquired it for $212 million.