The Xbox One collection.

Breaking a decades-old ban on video game consoles, BesTV and Microsoft said today they that will launch the Xbox One in China this September.

That adds a potential 500 million gamers as possible customers for the Xbox One, giving Microsoft some much-needed expansion possibilities for its machine. Game consoles have been available in China on the black market, but the Chinese government is finally lifting that ban.

“This is a historic moment in our partnership as we work toward the first official Xbox launch in China,” said Yusuf Mehdi, the Xbox’s chief marketing and strategy officer. “Xbox One will also be the first system of its kind to launch in China.” 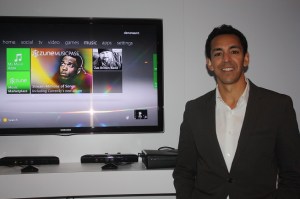 Mehdi said that gamers make up roughly a third of China’s population, or more than the entire population of North America. China’s game market is based mostly on PC gamers, many who play in Internet cafes with their friends. Total revenues were $13 billion in 2013, up 38 percent from a year ago.

“Gamers in China have shown they love gaming — mostly on PC, mobile and online — and game developers in China have been delivering innovative games for years,” Mehdi said. “Creators and gamers alike have eagerly awaited a new generation of entertainment experiences in China.”

Microsoft needs the boost in China to compete better against the Sony PlayStation 4, which costs $400 to the Xbox One’s $500. Sony has sold more than 7 million PS4s to date, compared to 5 million Xbox One’s shipped to retailers. It isn’t clear when the PS4 will debut in China, but it seems likely that the console will receive approval there, too.

“I think it’s an exciting opportunity, and think they will sell a lot of hardware,” said Michael Pachter, an analyst at Wedbush Securities. He estimated Microsoft could sell 10 million units in China.

But Pachter does have some concerns.

“But am not sure how the software will work,” Pachter said. “They are going to have to come up with a business model where they are protected from piracy in order to make any money on software. They are partnering with Chinese companies to develop tailored content, which might not even be game content, and I think that might make this entire effort successful.”

In the past, China’s government approved the PC and rejected consoles because PCs could be considered educational, while consoles were considered a distraction for children. Mehdi noted that the Xbox One works for games, entertainment, online education, and fitness. Those broader uses make it more palatable to China’s bureaucrats.

“Launching Xbox One in China is a significant milestone for us and for the industry, and it’s a step forward in our vision to deliver the best games and entertainment experiences to more fans around the world. Enwei Xie will lead Xbox China as general manager, bringing years of Microsoft experience both in China and abroad,” Mehdi said.

BesTV, a subsidiary of Shanghai Media Group, will help Microsoft launch the console in China. Microsoft previously formed a joint venture, E-Home Entertainment, with BesTV. That permits E-Home PC devices to be sold in the Shanghai Free Trade Zone in China. It will also be used to sell Xbox Ones in China, and to enable developers to sell their games in China. BesTV is a publicly traded company that listed recently on the Shanghai Stock Exchange.

“If you are launching a global entertainment console, you should launch in China,” said P.J. McNealy, analyst at Digital World Research. “With the door open, this makes a lot of sense. The Chinese market is getting bigger and more affluent. China surpassed the U.S. last year as the No. 1 buyer of new TVs.”

McNealy said that the PC market and the Internet cafes will likely “take a beating.” Nintendo has been selling consoles in a limited way, and McNealy expects Sony will be able to break into the Chinese market, too.

“I think the opportunity is huge, but the initial ramp up will take time,” McNealy said. “For now, they are planting their flag.”

Piers Harding-Rolls, an analyst at IHS Technology, estimated that 89 percent of China’s $12.3 billion in revenues for games in 2013 were PC-related. The remaining 11 percent were for mobile and tablet devices.

“The historic ban on consoles means that TV gaming remains a niche activity centred on gray imported consoles generally used for pirated software and more recently games available through IPTV services,” he said. “On the face of it, the size of the market, the scale of the population, and the wide interest in gaming makes China a very interesting market for console companies. But China is a unique market where consumers have no entrenched understanding of console gaming and are not used to gaming in the home on TVs.

“I don’t expect sales fireworks at launch, but with its partner BesTV, which has access to local content, a large addressable market of existing IPTV users as well as marketing and distribution expertise, Microsoft is giving itself a good opportunity to gain some advantage over both Sony and Nintendo.”