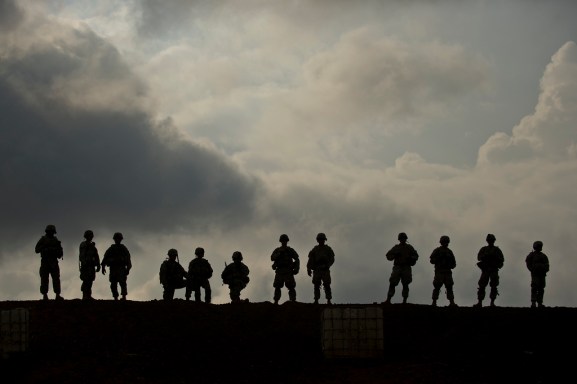 When tech companies compete, customers can gain — or save — a lot.

Recently, we saw the prices of infrastructure as a service (IaaS) tumbling down after Google took the first step to slash its prices. A few days later, both Microsoft and Amazon also discounted their offerings.

Of course some services that run on cloud infrastructure might never get price cuts, especially certain software-as-a-service (SaaS) companies that are already providing services at a very thin margin. However, the case is different for platform-as-a-service (PaaS) providers.

PaaS) helps startups and entrepreneurs develop applications and not worry about infrastructure. But they aren’t that cheap. A good PaaS plan starts from $60 to $100, at least. Now that IaaS providers like Amazon, Google and Microsoft have cut prices considerably, should PaaS providers trickle down the cost savings on infrastructure to PaaS customers as well?

To get an answer, I started a discussion on Quora, asking, “How will the PaaS (Platform-as-a-Service) hosting providers react to the recent price drops by Amazon and Google?” Luckily, I got a great response.

Experts are apparently divided on this. Some say PaaS providers won’t react. Others say the providers might trickle down the benefits.

Tech writer and editor Alex Williams said, “There have been price drops before with no related impacts on the PaaS market. The market has actually grown quite a bit over the past few years amidst these price drops.”

His views were confirmed by Appirio co-founder Narinder Singh, who wrote, “Given how small a percentage of the cost IaaS is of PaaS providers, I expect we will not see any substantial drop on public pricing.”

Honestly, they’re right. It’s not the first time (and it won’t be the last) that PaaS providers have not changed prices after IaaS prices have fallen. And it’s not without reason.

“More realistically, these services will plough the added savings back into R&D or other parts of their businesses,” explained Apprenda chief executive Sinclair Schuller. His explanation does make a lot of sense. A bit more pocket change is always good to have, but it doesn’t necessarily mean a provider keeps it in the bank. Providers can invest the money into marketing and research.

However, many in the cloud industry believe IaaS price cuts should make PaaS cheaper.

Serial entrepreneur and Cloudways co-founder Aaqib Gadit expressed, “For a reliable PaaS provider, IaaS is a considerable component of their pricing. This price war will surely lower down this part, the benefits of which should be forwarded to their customers.” And, he’s speaking with experience. Cloudways is a managed PaaS provider that allows developers to deploy a variety of open-source applications. Cloudways slashed prices on its offerings last week.

However, there is one more factor: competition.

“More and more PaaS [providers are appearing on the scene] every day, so I disagree when they say price is not critical for PaaS customers,” shared Pere Hospital, Cloudways’ chief technology officer. “Surely, value-added services and differentiation are important, but competitive and clearly structured pricing models (something that more than a few PaaS lack) will be very important too. In short, a PaaS pricing war will follow an IaaS pricing war.”

Realistically speaking, some PaaS market entrants will try to take some market share by providing competitive services. Over the years, we have seen that price has been a deciding factor for businesses, especially those that are adopting the technology for the first time.

But competition is also gearing up at another end.

“The biggest concern for PaaS players should be how the price drops play into the IaaS’s own PaaS efforts, such as Google App Engine,” Williams wrote, and he’s right. A simpler and cheaper pricing mechanism for Google App Engine has also been announced.

Are PaaS price wars next?

Quora discussion suggests that exciting times for PaaS are here. The competition is getting tough, and it will get tougher as time passes. It seems the stage is set for another price war.

When will it occur? That’s a tricky question. It will depend on who takes the first step. If Google App Engine’s newly defined pricing mechanism works and more newer PaaSes, like Cloudways, appear, then we may see the current PaaS providers softening their stiff positions. Let’s hope it happens soon.