Historically, Sony executives don’t directly acknowledge their competitors all that often — at least to the public and to media. Shuhei Yoshida, however, sure doesn’t mind talking about the Oculus Rift.

That could be because the president of Worldwide Studios for Sony Computer Entertainment doesn’t seem to consider the upcoming virtual-reality (VR) headset to be a rival to his company’s (also upcoming) Project Morpheus. In fact, he thinks the upstart Oculus platform, which raised $2.4 million via crowdsourcing on Kickstarter, could help out Sony’s own VR efforts when Project Morpheus lands on that little-known console called the PlayStation 4.

Yoshida has some rather interesting opinions on the Oculus Rift, almost seeing it and Project Morpheus teaming up in this new, near-future VR market. You may also be surprised to hear that he’s not really looking for big-name games to help prop up Morpheus on the PS4, which is contrary to popular thinking. Triple-A software can sell new hardware, but Yoshida actually has his eyes on the indies to help get gamers excited about Sony’s VR set. And, in some ways, he’s even comparing the system to Nintendo’s Wii U console.

Read why in our exclusive interview.

GamesBeat: You told me that you don’t necessarily view the Oculus Rift as a competitor. Why not? 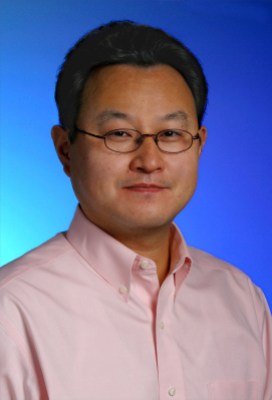 Shuhei Yoshida: VR … I was telling my people that it’s going to be like PlayStation 1 was to 3D real-time graphics for games. PS1 was the very first console that allowed developers to use realtime 3D rendering tech to make games. Initially, they were very limited arcade games, like Ridge Racer or Virtua Fighter. People weren’t sure how 3D graphics could be used for games. Some people at the large Japanese publishers were very skeptical about 3D graphics tech. But after 20 years, things have really progressed. We have amazing games like The Last of Us or Journey or Beyond — games that use 3D realtime rendering for a variety of things.

When I look at VR, it’s still very early. It’s not even starting in a real way. When we launch Project Morpheus, or when they launch Oculus as a consumer product, I can see another 20 years of progress for all kinds of things. I feel like what Mark Zuckerberg [CEO of Facebook, which recently acquired Oculus for $2B] is saying — he’s looking more at a future vision of what this can be, rather than the initial or second year.

We are still really trying to define or discover what works and what’s required for the hardware tech. Our team feels that we’re getting closer, but there are certain things that still have to be improved to make a good consumer product. The Oculus guys are saying the same thing. Even their DK2 [development kit 2] is pretty good, but still, they see some other areas they still have to work on.

So in trying these things, we are kind of helping each other. For example, DK2 has low persistence. It’s pretty good. We don’t have that. What we have is the 3D audio worked out … how we’re going to mix that and make it much easier, more comfortable to wear, for the PlayStation Move interaction that’s integrated with the headset. The positional tracking.

We’re pushing different things. Like everything in engineering, once someone does it, it’s common knowledge. Engineers, when they see that another person has done it, that elevates their perspective to push further. At this stage, we’re helping each other and trying to find solutions to a lot of problems that we’re trying to solve.

That’s the very basic way I look at the Oculus. That’s the technical side of things. Even though we don’t work with each other directly, we’re helping each other as far as announcing something or showing a proof of concept or publishing some documents or something like that.

GamesBeat: How about outside of technical considerations?

Yoshida: Another area is just creating buzz. We’ve been in stealth mode developing this for a few years. But we’ve been doing it behind closed doors. Oculus was out there in the public eye. They announced the Kickstarter and showed off their handmade prototypes and sold a lot of DK1s to developers. Developers got started making some interesting stuff. By creating and showing this proof of concept to the world, that really helped lots of people to say, “Wow, VR can be possible pretty soon.” That awareness and outreach to developers are really helping us as we introduce the Project Morpheus dev kit.

Lots of people are already making games on PC using Oculus. Those people are almost prototyping for Project Morpheus. Many people might be still thinking, “It’s fun to work with this tech, but can this be a real business? Can we put lots of resources into this and complete a game and make money back?” By having two players catering to both PC and PS4, developers feel it’s a bit less risky to make this investment. Even though indie guys are very passionate people who might do this just for the sake of it, showing them the two different platforms where they’ll eventually be able to release their game — that reduces their risk in development. That’s another area where we help each other instead of competing with each other.