GamesBeat: Isn’t it strange that a company like Sony that’s been around a very long time in the technology space is forming a sort of symbiotic relationship with a small, upstart company that got its start from Kickstarter?

Yoshida: No, no. We’re very small, really. Project Morpheus may be a similar size compared to the Oculus guys. We have a larger organization and tech that we can reach, so that’s a benefit for us, and the capital that we have … now, with venture money and Facebook money, they have a lot of that, too.

But Project Morpheus has been a very small R&D project. So in that sense, Project Morpheus has always felt like a venture operation. They’re financially supported by [Sony Computer Entertainment], but it’s in the spirit of a startup company. We’re not making a new product for an existing market. We’re trying to break into something that doesn’t exist yet.

GamesBeat: Sony is obviously a big company with a lot of resources, but do you think Oculus has an edge when it comes to brand recognition in the consumer-VR market at this point? Especially because you don’t even have a final name for Project Morpheus yet.

Yoshida: No, I don’t think so. Lots of people, smart people, send tweets to me. It’s very interesting and informative. Someone tweeted me a link to an article that showed, OK, so VR is a big thing. Facebook, Oculus, Sony were all talking about it at [the 2014 Game Developers Conference].

But is VR mass market? I forget where this article was, but it showed the buzz around Oculus and Morpheus compared to Xbox or PlayStation or the iPhone. It’s still tiny — the amount of buzz around the world. So I don’t think we should be worried about brand recognition yet. Project Morpheus is project name. We don’t even have a brand as yet. 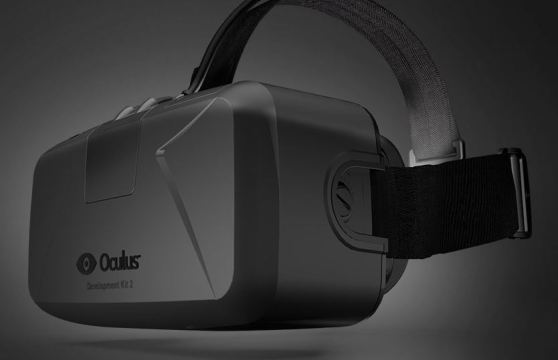 Above: The current iteration of Oculus Rift.

GamesBeat: Moving forward, how will Sony end up positioning Project Morpheus? As you said, it offers a lot of similarities to Oculus. You’re going after some of the same games in the same market. How do you position it so that it stands out as more of a unique product?

Yoshida: I don’t think anyone knows as yet. In general, I think everyone agrees that the gaming market is really the first to catch on. Because PS4 is a console, it’s a very stable platform. Every single consumer has the exact same hardware. Millions of people are buying PS4s. We can introduce this to PS4 users as a very consumer-friendly proposition.

PS4 users are 99 percent gamers, right? It just makes sense, from the type of experience standpoint, and the already existing, very passionate user-base standpoint, to start positioning [Project Morpheus] as a new way to play games.

But at the same time, we’d like to explore different partnerships or collaborations with different industries. We already showed our work with NASA. There’s lots of interest inside and outside Sony from people who are creating 360-degree video. Those kinds of services already exist. Watching video that’s shot in 360 degrees or live video that’s being transmitted to other people to watch — that’ll be a really good fit.

That’s the kind of thing we’d like to explore, even if we don’t know what the business model might be at this point. As long as we have the resources to work with these companies, we’d like to try out some new ideas that look promising. When we see any of these becoming real consumer propositions, or if it looks like they will, we’ll have to come up with some good business models for them. But we already have, on PS4, many video services and applications in addition to games. We have a way to distribute or serve these services to consumers via PS4.

GamesBeat: Traditionally, when you launch a new platform, you want to get triple-A brands behind it: big-publisher or big-name games, some franchise hits, killer apps. But when we last talked, you seemed less concerned about getting those to help sell Project Morpheus. You seemed more excited about more creative independent projects.

Yoshida: Yeah, it’s totally different. There are two or three ways to explain that – some positive, some kind of negative.

In a positive sense, I don’t think the big brands and successful games transfer well to VR, unless you really spend time working on creating the VR experience. For the effort that takes, to create a great VR experience, it’s the same whether you start with a big brand or not.

It’s very nice to have some VR experiences around a brand like Call of Duty. We showed a demo related to God of War, and that may attract people’s attention. But unless the experience is comparable, people would rather move toward some new thing that really captures the potential of VR. That’s what I’m talking about when I say that I’m not worried about getting all those big brands. I am really worried about whether we’re going to get great experiences, wherever they can come from.