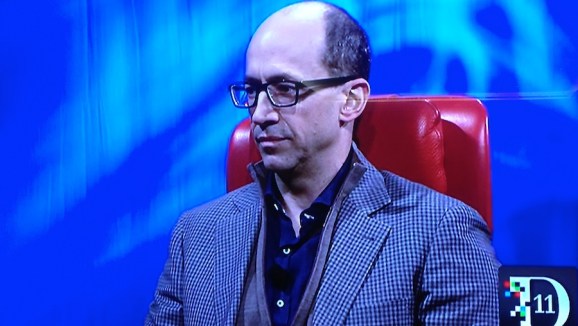 That sound you hear is Twitter’s shares hitting its lowest price yet. The opening price today of $37.65, sharply down from yesterday’s closing of $42.62, followed its quarterly earnings report yesterday.

But here’s the thing: the report showed revenue that is more than twice what it was a year ago.

On the one hand, the company’s revenue increased 119 percent, compared to the same quarter last year. The $250 million in revenue is actually higher than analysts’ expectations, and revenue per user is up 75 percent year-over-year. There is, however, the fact that Twitter lost $132 million for the quarter, or 23 cents per share.

And investors appear fixed on user growth, which, if large enough, could propel Twitter out of its losses and into Facebook-sized territory. So far, however, that’s not happening. (Except — perhaps — among high school students, where Twitter and Facebook are tied in a vicious popularity contest.)

The company had a growth rate in the quarter of about 5.8 percent, adding 14 million people to reach 255 million monthly users. And, over the last year, monthly active users are up 25 percent, and mobile active users alone are up 31 percent.

For most other companies, an annual growth rate of one-quarter or more would be considered very healthy. But the 25 percent increase is down from 30 percent in the previous period, and investors are looking for a rocket-sized boost.

In an interview today with Bloomberg News, CEO Dick Costolo was asked if his company could ever be mainstream, a reference to the user issue.

“The reality is Twitter is in front of people around the world everyday, and constantly,” he said, pointing to its highly visible role at the Oscars.

He acknowledged the company has “a lot of work to do” to make the service easier to use, to become more visually engaging, and to more easily show the most valuable content on the page. Costolo also talked about “pushing some of the scaffolding of Twitter, the language of Twitter that’s opaque for the new user who comes to it, pushing that to the background.” There have been reports that Twitter is considering dropping the hashtag, for instance, because it is too geeky.

The company is tweaking its service and products continuously to see what will work to bring in more users and keep them there, such as the recent profile page redesign. “There are well over a hundred experiments [being conducted in the iOS and Android apps],” Costolo said.

Earlier this month, Twitter hired Daniel Graf from Google’s mapping unit to be head of product. While users are viewing their timelines 15 percent more than last year — a sign of greater engagement — the key question is whether the company can find the right mix of products and activities to bring in lots more users.