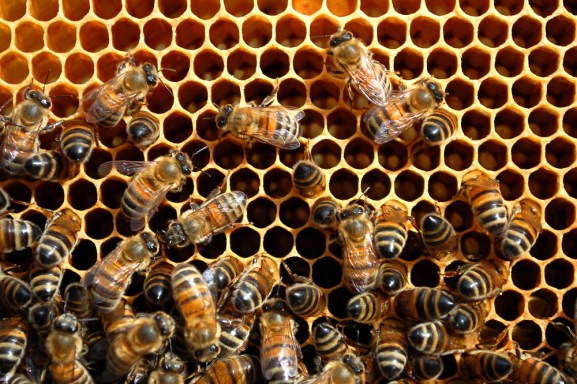 Michael Papay, chief executive at Bay Area startup Waggl, said his app is inspired by (and named after) the decision making dance that honeybees have used for millions of years.”

This simple tool brings the power of surveys into the App Age by making them simple, mobile, and easy to use.

In a recent interview with VentureBeat, Papay talked about how it all works, where the name originated, and his vision for the future after receiving this funding.

Before our interview I tried this honeybee dance out for myself with Waggl’s live demo and realized how simple, engaging, and fast it all was.

Above: First, you send questions to a specific group. 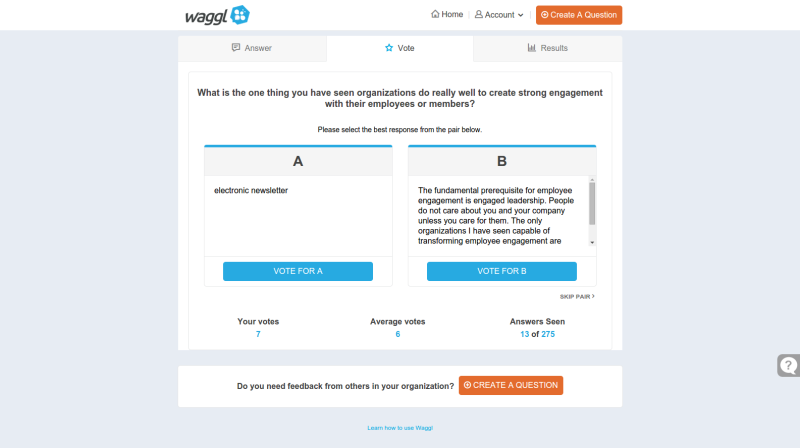 Above: Second, the group answers anonymously and then votes through pairs of each others answers.

Above: Lastly, everyone is able to see real time results and see what is the most popular response.

Papay, who comes from the leading human capital management firmFort Hill Company, really just “wanted to start servicing the individual with the need.

“That need is communication, and what better communication then to take a look at how 60,000 individual bees communicate effectively through their decision-making dance?”

The name came from Thomas Seely, a professor at Cornell University. His work specializes in understanding the phenomenon of swarm intelligence. From the book’s website: “Honeybee Democracy shows that decision-making groups, whether honeybee or human, can be smarter than even the smartest individuals in them.”

In our interview, we discussed one Waggl success story. More than 400 accounts were created at the Stanford Graduate School of Business; the staff and employees used the app to dicuss topics that would occur during their town hall meeting.

“The energy Waggl facilitated for the staff before the meeting really made drove home what we are all about,” said Papay.

Waggl is a freemium app, and its free tier “[puts] Waggl into the hands of the individual” said Papay.

In a recent press release, Papay also stated, “The funding we’ve raised will help us meet product development requests and enhance our platform even further, as well as expand our customer base internationally. The second half of 2014 should be really exciting for us!”

Waggl is a relatively new and exciting crowdsourcing tool for business teams, too.

Waggl has the resources now to grow, which Papay and his knowledgable team are looking forward too. The Waggl team includes Jeff Snipes, founder and former CEO of Ninth House; and Joe Abrams, co-founder of Software Toolworks and Intermix, the original parent company of MySpace.