Here’s a look at KitKat’s growth, in comparison to all other Android versions, over the past three months: 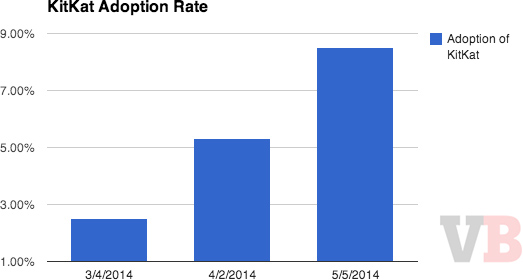 As we wrote in April, fragmentation remains a lingering issue for Google. Yet, growth over the past few months suggest that Google’s KitKat packs a consistently strong growth rate. This is a continuing trend for Google, but there does not appear to be a single source for the growth. 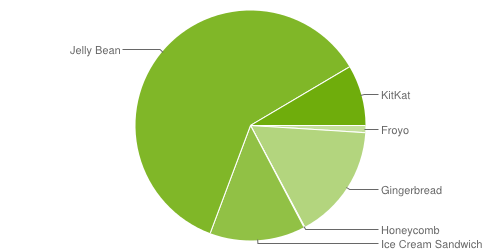 Above: Android OS Marketshare (May 5)