Sony announced last week it has more than 100 games coming from indie game developers for the PlayStation 4 and PlayStation Vita consoles.

Adam Boyes, the vice president of publisher and developer relations at Sony’s U.S. game division, said that these are just part of a wave of efforts coming from independent game makers. Sony has more than 1,000 developers licensed for self-publishing on its platforms. So far, Sony’s indies have self-published 21 games on the PS4, including the free-to-play Warframe from Digital Extremes.

GamesBeat: You didn’t come out and hammer the point, but your momentum seems pretty good.

Adam Boyes: Yes, we’ve been pretty happy so far. To us, it’s sort of the warm-up lap. The race is barely getting started.

GamesBeat: The 21 games that have come out already, were they going as fast as they could? Did you want to space them out in some way?

Boyes: I think all of them chose their own release dates. I don’t believe we influenced any of them. They came out when they wanted to come out.

GamesBeat: With the way the store works now, you don’t have to worry about that?

Boyes: Yeah, they basically set their own release dates.

GamesBeat: Are these numbers better than anything that happened with the PS3 in the past?

Boyes: I don’t think we ever released any numbers for PS3 Plus games. I think we’re just super-happy with 1.8 million downloads for Outlast [a recent survival-horror release on PS4].

GamesBeat: How are you finding indie people? Or are they basically finding you?

Boyes: It’s a mixture. I was just mentioning that at PAX East that we had nine of us going there to just look around. We go to a ton of events. Twitter is the best vehicle for people to reach out to Nick and Brian and Shu. Social media is a great place. They have trailers and videos and stuff. There’s our website, where people can register and reach out that way, too. 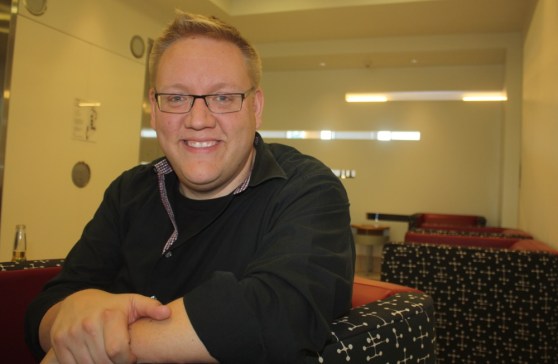 Above: Adam Boyes, the VP of publishing and third-parties at Sony

GamesBeat: What’s the best way that people are getting noticed?

Boyes: Crazy-new-fresh ideas. That’s the stuff that resonates. When people are playing things and talking about them on Twitter or Facebook. Sharing livestreaming. We talk about Don’t Starve, how with every person who’s streaming, at least 50 people are watching. That’s a great example of how the word’s getting out wider than it ever did before.

In the last generation, if you were playing something, it just shared the name of the game. Now my friends can stream, and I can watch exactly what they do. That’s really powerful.

GamesBeat: With more than 100 game coming, what are you expecting to hit during a certain period of time?

Boyes: We’ve said more than 100 across first-party and third-party this calendar year. There’s no slowdown. It’s going to continue to be a ton of great content.

GamesBeat: And from 1,000-plus developers — what do you notice about the mix there as far as size and so on?

Boyes: There’s quite a few. With us reducing our roadblocks and making it easier, we’re definitely seeing a lot of smaller companies. Less than 10 people — there’s a ton of those now. But it’s been great to see a big mix of developers coming on board.

GamesBeat: Do you see a race going on to grab these people?

Boyes: I think so. Our goal is to continue to evolve the policies and make sure it’s easier, as the months and quarters go by. That’s a big focus for us. The best way to attract them is transparency, accountability, honesty, having a good mutually beneficial relationship. We’re making sure that people play the games and see them.

GamesBeat: There’s evidence that the platform is making them more successful, too.

Boyes: Yeah. We talked about TowerFall on the PS4 outselling the PC version. With Don’t Starve and Outlast being so successful in the instant game collection, that helped boost their sales on other platforms too. In general, there’s just a lot of people that are super hungry for great content. 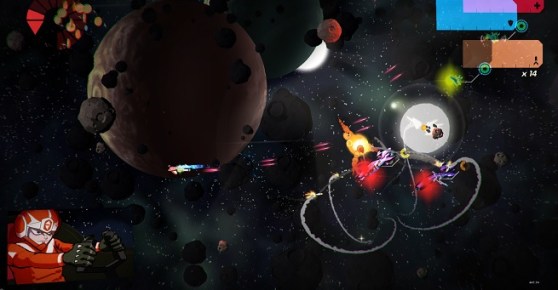 GamesBeat: What’s the next level of effort for you, the next milestone you want to reach?

Boyes: For us, there’s no rest. I’m never happy. I want to be able to look these guys in the eye for the next five or 10 years and say, “Are you having a good experience? Is it still as easy as it can be? What else can you help us with?” I talked about the multiple processes we’re doing internally to make things better and easier. We do a lot of surveys during the year to find out how developers are doing with the process, so we can find the things—I’ll never have a flag I want to plant and say, I’m done. Never. How can we can continue to evolve and be more agile?

GamesBeat: Are you using much of your Pub Fund yet?

Boyes: We announced, obviously, Galak-Z and Axiom Verge today. But there’s still quite a bit left. We have a lot of games applying for it. Between that and third-party productions, we have a lot of outlets at our beck and call to be able to — if a developer can’t afford it on their own, we can play with the different programs we have and help them develop for our platform.

GamesBeat: It also helps fill the gap if there’s no triple-A launch happening. It keeps people interested in the meantime.

Boyes: Absolutely. Some people are okay with a couple of months coming between big triple-A launches. What a lot of this content does — Rogue Legacy, I put 60 hours into that. That’s more than I played 100-percenting Tomb Raider. That took me, I think, 40 or 50 hours? I’ve literally played Rogue Legacy on PC [more than Tomb Raider] — even though it’s an indie game, I’ve played it an epic ton. The fact that it’s coming over to our platform — it’s going to create a lot of engagement around great indie content.

GamesBeat: For a while it seemed like there was this fragmentation of platforms. Now it seems like we’re seeing a bit more consolidation among the ones with momentum. Ouya hasn’t done as well as expected. The microconsoles in general aren’t getting a lot of traction. Had they all been successful, there would have been so many platforms out there that the indies might not know where to go to.

Boyes: In general, one of our biggest challenges is that you have to prepare for the future. The future is wide-open. You never know what’s coming. The fact that we’re focused, as a PlayStation brand, on video games — that’s our core focus. It has been since the minute we started talking about PS4. It will be until the end, whenever that is, infinity from now. As long as we’re on top of our game and making our policies better — other challenges will come in. They’ll take their shot. We’ll continue to evolve.

Like I said with that whole flag analogy, I never want to plant it down and say, “Bring it on!” If you’re not always trying to get better, then you’re going to stagnate. 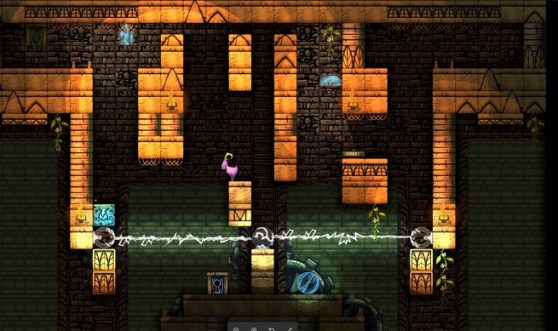 GamesBeat: One of the Gone Home guys was saying that there’s this rise of super-indies now. You’re starting to see some indie shops that did really well the first time, and now they’re on their second or third project. They’re becoming a force to reckon with and closing in on multimillion-dollar budgets again.

Boyes: I absolutely see that happening. I love all the labels and sublabels. What does “super-indie” mean? Does that mean your first game sold X million units, or made so much, or is it a certain car you drive? Those are important to us, as are the Starwhals of the world.

Transistor and The Witness are bigger-budget, bigger and broader in scale to something more bite-sized that might have taken only four to six months to make. To me it just means that different types of people are going to experience them. It’s not as if one is better or worse than any other. They’re just different.

GamesBeat: That seems to play into the kind of platform that you have, or that you want to have.

Boyes: Yeah. You want something for everyone. It’s like a buffet. You want a little bit of everything. If someone’s a vegetarian or only likes fish, you want a great category for each of those people. Once in a while you might want to have the most amazing filet mignon, and that’s the triple-A $300 million game that comes along as well. It’s about having something for everyone.

GamesBeat: The one-person games are still occasionally becoming hits, too.

Boyes: I think TowerFall’s success has been a great example, with Matt making that game with just a few other people. A lot of games here that have smaller teams — Rogue Legacy I can’t wait for. Spelunky is a super-small team. These are quite successful on the platform. Fez is another good example. It’s done very well on PS4.