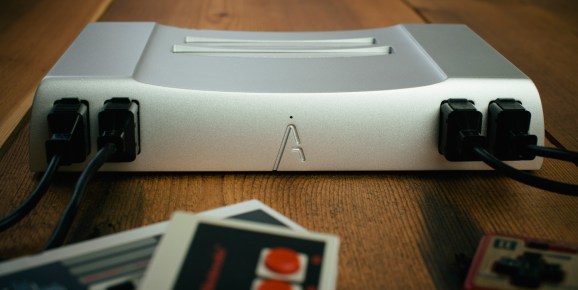 Friends, this is the Mercedes of retro gaming.

The Analogue NT is a slick system that plays Nintendo Entertainment System and Famicom games (for those who aren’t up in their history, those are the U.S. and Japanese versions of Nintendo’s landmark 8-bit console). The region-free system has four controller ports and supports every accessory for both systems (even the Famicom’s Disk System).

Of course, this high-end machine isn’t cheap. You can preorder one for $500. That’s the same price as a new Xbox One. Buying an HDMI adapter will run you an extra $50. Plus, the Analogue currently has a vague release date of summer 2014.

Still, something about that clean, modern design makes me wish I had the half grand to throw at this hardware. Of course, feel free to preorder one for yourself if this retro masterpiece strikes your fancy.