It’s imperative that big companies test their mobile app prior to launching, but that can take a while.

Enter Perfecto Mobile, which helps enterprise-level clients test their mobile app on every major device — thus cutting the testing process from weeks to days or even hours, the company claims. That’s an appealing figure for enterprises, according to Perfecto CEO Eran Yaniv.

More than 2,000 have signed up for Perfecto’s app testing and monitoring services, according to the company. Those customers range from major bank and insurance companies to retailers and tech giants. Together, they’ve buoyed Perfecto’s revenues by more than 100 percent for four consecutive years, said Yaniv, which said his company now rakes in more than $30 million annually, said Yaniv.

But Yaniv believes there’s room to grow even faster, which is why Perfecto today announced the closure of a new $20 million investment, he told VentureBeat.

The mobile app testing market is fairly broad in scope, including crowdsourced solutions like UTest to more direct Perfecto competitors like Keynote’s DeviceAnywhere. Yaniv characterizes Perfecto as a “superior solution” for enterprises due to its testing automation capabilities — it can automatically test across a variety of environments, devices, and networks — and its broad platform support. 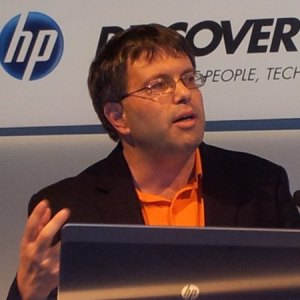 “What testers and Q&A engineers typically do [with Perfecto] is create a suite of regression tests that are executed at every drop, every build, every milestone of the development lifecycle,” said Yaniv.

Enterprises can tap into Perfecto’s cloud testing platform through a variety of testing and development environments, which may offer customers additional functionality (and brings Perfecto the opportunity for bundled sales). Perfecto is already integrated with HP’s mobile testing solution, as well as the open source Eclipse dev toolset and Selenium testing software.

The next big integration for Perfecto is with Microsoft, said Yaniv, who characterized progress on their joint solution as “far beyond the discussion phase.”

“We have already begun to introduce Perfecto Mobile to our global partner network, a group of the world’s leading enterprises and executives who have helped FTV portfolio companies for 15 years,” Liron Gitig, partner at FTV Capital, told VentureBeat. (Gitig is joining Perfecto Mobile’s board.)

Geographically, Yaniv wants to bring Perfecto to territories in Asia, Australia, and Latin America. The company already has data centers in 12 countries, including the U.S., Canada, South Africa, India, and a number of European countries. (That geographical diversity can be important to customers that want to test their apps on various regional cellular networks, Yaniv noted.)

Perfecto Mobile is headquartered in Woburn, Mass. Just under half of Perfecto’s 130 employees work at its research and development center in Israel. It’s raised $58 million in total financing (including this $20 million round).