A major win for Uber is hidden within today’s Google Maps update for iPhone and Android.

But Google Maps won’t simply recommend users to take an Uber; instead, the app allows users to compare estimated Uber travel times with transit and walking directions, according to a statement provided to VentureBeat by email.

If you have the Uber app installed, in some cities, you can now compare it with transit and walking directions right from Google Maps. And if you choose the Uber option, you’ll jump right into the Uber app with just one click.

It’s noteworthy that competing transportation startups, such as Lyft, were not included in this release. We have reached out to Google with a request for comment on the matter.

As for the lane guidance feature, Google shares that its Maps app now “shows you which lane to stay in or move to” ahead of your next turn or exit. Google already offered offline mapping functionality, but now the feature is more readily accessible. 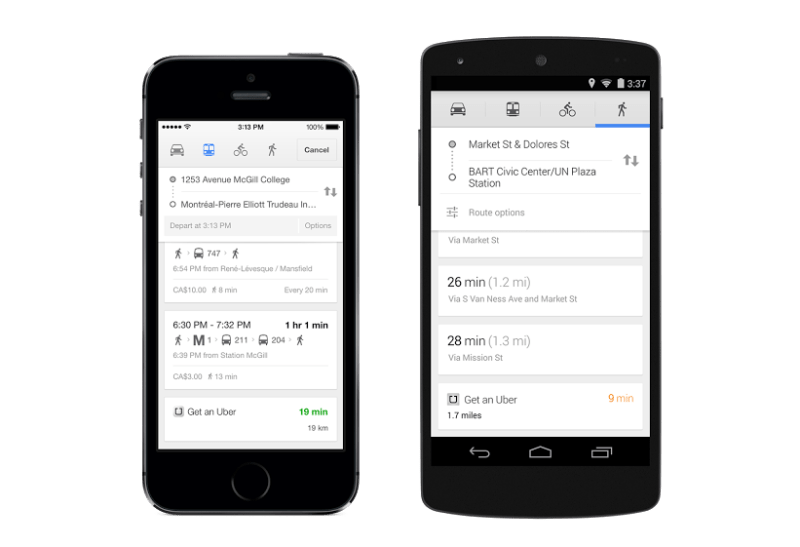