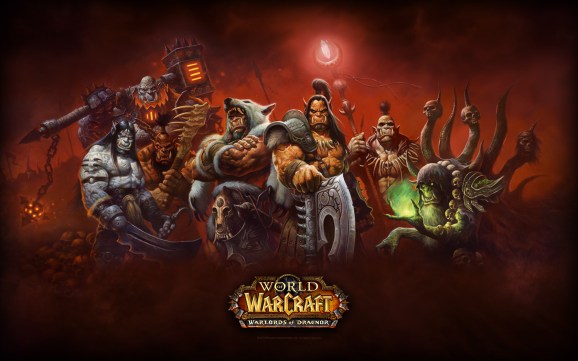 Looks like World of Warcraft fans are starting to trade their heroes for cards.

Publisher Activision Blizzard announced the subscription numbers for World of Warcraft as it posted its earnings for the quarter, and it’s losing players again. The popular online game has approximately 7.6 million players. That’s down 200,000 from February.

World of Warcraft quickly became the most popular massively multiplayer role-playing game ever after it debuted in 2004. It’s subscription numbers peaked at 12 million in 2010. Since then, the numbers have mostly bled, although Blizzard reported an increase of 200,000 subscribers back in February. That brought the number of subscribers up to 7.8 million. Today, Blizzard is putting the number at 7.6 million, meaning it lost those 200,000 players.

Word of Warcraft is a subscription-based game that costs $15 a month to play. More subscribers mean more money for Activision Blizzard.

Of course, this is a game that’s about to become 10 years old. While it’ll likely never reach that 12 million high again, it’s impressive to see a decade-old game still attract so many players (and their money), especially as newer subscription-based MMOs like The Elder Scrolls Online and Final Fantasy XIV begin to grain traction.

The numbers could see another bump this fall with the release of Warlords of Draenor, World of Warcraft’s fifth expansion. Draenor will increase the level cap to 100 and permit players to explore new areas from the lore’s past. However, the previous expansion, Mists of Pandaria, didn’t do much to stop the bleeding. It was also the first expansion to sell less than its predecessor (which was Cataclysm). Blizzard head Mike Morhaime said that Draenor has already sold 1 million preorders during today’s earnings conference call.

Of course, even if World of Warcraft’s numbers and revenue continue to shrink, Blizzard’s free-to-play experiments, like the digital card game Hearthstone, and the upcoming multiplayer battle arena, Heroes of the Storm, can help pick up some of the financial slack. Heartstone was the 12th highest-grossing app for the iPad in April. Heroes of the Storm is still in alpha, meaning it’s not released to the public yet.