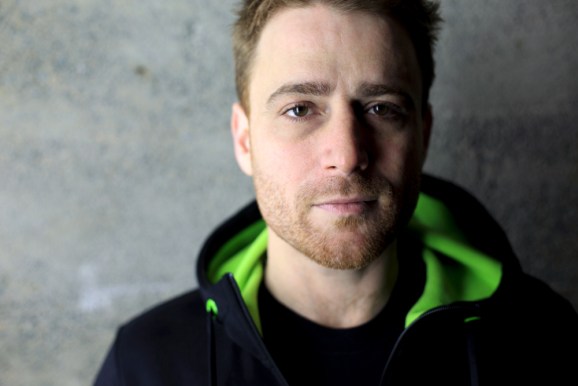 “Viral socializing,” or word of mouth, is how Slack founder and chief executive Stewart Butterfield described his startup’s marketing campaign.

No money spent on PR. Zero on advertising. No buses in San Francisco touting Slack banners. In other words, let the technology speak for itself, Butterfield said.

And it’s working. Since launching in February, Slack now has 70,000 daily active users and 18,000 paying customers, of which 2,000 are established companies. They have collected $1 million in sales in two months, with more on the way. Slack raised $42 million in venture funding three weeks ago.

Slack is a collaboration/communication tool that allows users to start and import conversations, links, email and documents from apps like Google Docs and Mailchimp, all in the name of self-containment.

But Slack faces stiff competition from Microsoft’s Yammer and even Convo, which is what we use at VentureBeat. And convincing individual people, let alone established companies, that email is a tool of the past will prove difficult. Slack is really a communication embellisher, deigned to keep information flowing through a central repository — but at the end of the day, it’s yet another digital tool in a company’s communication arsenal. For some, it may add to the noise rather than replacing old tools.

In Slack, teams create their own channels, importing apps and tools and whatever else they need to communicate and work. And be productive. It is cross platform, working with iOS and Android. And Slack is evolving.

Adobe, in fact, is one of the first adapters. PayPal and AOL are clients. And so is Quora.

Butterfield laid out to VentureBeat the reasons he believes Slack has a better-than-average chance of success. And Butterfield should know. He, along with then-wife Caterina Fake, founded Flickr in 2004, which they then sold to Yahoo the following year for $35 million.

Below, Butterfield gives his top five reasons Slack is breaking the rules and shifting the paradigm away from Microsoft’s Yammer.

No more splitting the communication channels among your team. Information exchanges on traditional channels, like email, has always been siloed, Butterfield said.

Slack funnels source control, task management, and documentation, and everything else, into one continually flowing repository.

2. Bringing search to the team

Communicating through Slack is a cognitive process, he said. It reduces the mental cost of processing, sorting, and selecting email.

Slack is doing for communication what Gmail did for email, he said. No more creating dozens of folders. Slack puts messages into one big, searchable pile. You cherry-pick only what you need to get the job done.

Slack, the founder said, reduces stress and friction across mobile and desktop. Slack works with all mobile devices.

Communication between teams on laptops, tablets, smartphones, and desktops is seamless, he said, with zero disruption no matter the operating systems used.

Slack is flexible for developers, who can add any tools they want to their or the team’s user stream. That means using Slack for payroll, Intranet, building management, and advertising, for example.

5. Slack is pleasant to use

Whether for large IT companies with 12,000 employees or a solo app developer working from a trendy coffee shop, Slack fills the role. Butterfield said the ease of use is comparable to the advances in bank ATM technology. Where before you had to insert your paycheck into an ATM machine, now major banks allow you to take a picture of your check with your iPhone right there on the spot.

And that, Butterfield said, is Slack.