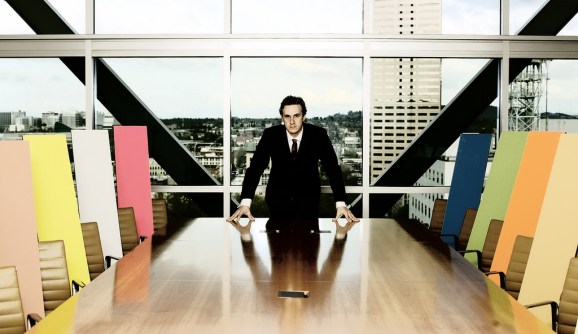 One of last year’s most successful VC firms is actually one small part of a huge corporation: Intel.

That ranking doesn’t factor in IPO activity or how big each exit was, but Intel Capital had an undeniably good year, with 22 total exits, according to PrivCo data. Intel Capitals in-house M&A shop is a big factor in its success, PrivCo CEO Sam Hamadeh told VentureBeat.

“Intel Capital has the mandate to get the best exit possible for Intel Corp., not to serve as a feeder for Intel Corp.,” he said. “The in-house M&A team shops it around to the highest bidder, which a lot of people find surprising, because it’s not how most corporate VC arms operate.”

Update 5/13/2014: An Intel Capital spokesman clarified that the firm seeks both a financial and a strategic return on its investments, working with its entrepreneurs to bring their technology to market and to achieve exits.

The only other corporate VC firm in PrivCo’s top 15 most successful VC firms (ranked by exits) is Google Ventures, tied with Khosla and Canaan in the 15th spot with seven total exits. Founded in 2009, Google Ventures suffers from a youth penalty but demonstrates “tremendous” exit activity, said Hamadeh, who thinks it’s only a matter of time until it climbs higher on the list.

“They have the activity, they have the breadth of investment, it’s just a matter of age at this point, because they only just started investing four to five years ago.”

Ron Conway’s micro-VC firm SV Angel saw 18 total exits last year, according to PrivCo, which puts it right below Intel Capital. But it tends to fly under the radar with smaller investments.

“Traditionally, old-school Silicon Valley VC firms tend to swing for the fences — that’s why you see Kleiner, Kholsa, and Greylock have big home runs that make up for a lot of failures,” said Hamadeh. “In contrast, SV Angel tends to nurture its portfolio companies. In baseball terms, SV Angel gets a lot more singles and doubles.”

Here’s what some of the tech VCs on the list told PrivCo about their 2013 performance:

No. 1 Intel Capital: “We remain impressed with the innovations and ambitions of startup entrepreneurs we’re finding throughout the world. 2013 represented another solid year with 146 investments and more than $300 million invested.”

No. 2 SV Angel: “We are thrilled to be included among so many great firms. We are excited about the ecosystem and investing in 2014 and continue to see such high quality founders starting companies.”

No. 5 Ignition Partners: “Ignition Partners is pleased to be recognized for our efforts. The true credit goes to the great entrepreneurs who we work with every day and define our success as investors.”

Tied No. 8 RRE (top NYC firm) – “Kind of hard to distill into a couple of sentences, but I would say a combination of good IPO and M&A markets combined with a lot of work on our end both strategically at picking areas not hot today but that will be in future years, and tactically in helping our companies win.”

Check out the graphic below for the full list of tech VC firms, rated by total number of 2013 exits.