Facebook has been taking a lot of flack the last few weeks — thanks in part to Ogilvy, which discovered that brands can now reach just 6 percent of fans organically, down from 12.05 percent in October.

According to Ogilvy’s report, Facebook sources have hinted that this number will approach zero in the near future.

As if the funeral of organic reach weren’t difficult enough, brands now find that Facebook is not only becoming really expensive but also complicated due to “like” fraud. Companies wonder why they have thousands of fans in countries like Indonesia, Pakistan, and Iran, where they have few if any customers. One analysis found that as many as 40 percent of “likes” for one life sciences company were fraudulent.

In other words, brands spent years building a fan base they either can’t reach or actually don’t want to reach.

And it gets worse. When you look at the Facebook ads themselves — the prices of which were up 437 percent year over year in Q4 2013 — advertisers are paying for less than they believe. My own clients who buy Facebook placements are telling me they detect 20 percent to 30 percent click fraud on the site using sophisticated forensics. Rather than offshore likers, bots are decimating ad performance on Facebook.

Between dying reach, pervasive like fraud, rising ad prices, and bot-driven click fraud, it’s no wonder that one company has written a breakup letter to Facebook while many others are ready to unfriend the social network after paying for promoted posts with underwhelming results.

So, what’s an advertiser to do?

First, we have to stop equating likes with reach. If 40 percent of your fans don’t belong to your intended audience, and you can only reach 6 percent of your total fans with an organic post, you can really reach 3.6 percent of the fans you want to reach.

Instead of accumulating likes, we need to soberly evaluate ad inventory and target more precisely. This is why I recommend turning to real-time bidding (RTB) on demand-side platforms (DSP) — and I have more to say on that in just a moment.

Third, given what I’ve said about reach, prices, targeting and viewable impressions, I urge advertisers to evaluate premium inventory and secure viewable impressions, clicks, and standard impressions via real-time bidding on a demand-side platform. Besides getting more bang for the buck, this strategy allows advertisers to target consumers using data that they can’t find on Facebook, such as census data and transaction rails from physical storefronts.

Despite all the issues I’ve laid on the table, I wouldn’t discount Facebook. In fact, if Facebook were to offer viewable impressions, they could eradicate click fraud from the social network almost instantly. Like fraud is of course another story, but it’s not beyond Facebook’s ability to solve it. Other social media sites that charge on a CPM/CPC basis would follow suit, and the entire advertising world would benefit.

Until then, I would urge advertisers to buy premium ads on a viewable impression basis. There’s no sense in paying for Facebook reach as long as 20 to 30 percent of the clicks are fake. 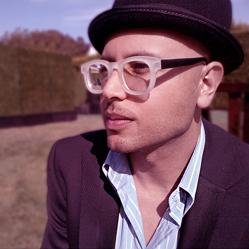 Ted Dhanik is CEO of engage:BDR