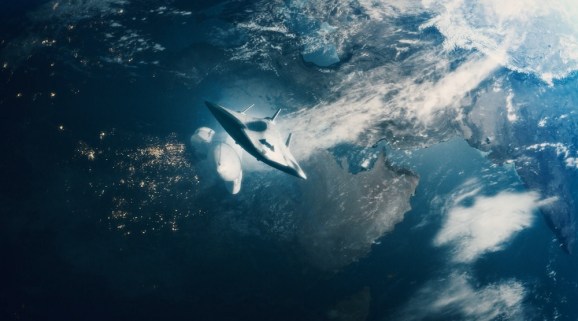 Most Civilization games have ended with mankind moving to the stars. But that’s just the start of Sid Meier’s Civilization: Beyond Earth, the next installment in the 23-year-old strategy game franchise. Take-Two Interactive Software’s 2K Games recently announced that Firaxis Games is working on the new title.

We caught up with the lead game designers for the project, Will Miller and David McDonough, to talk about how Beyond Earth will differ from predecessor Civilization V as well as the last big space-based Civ game, Sid Meier’s Alpha Centauri.

The big difference is that this Civ experience will have more science as its foundation. Earth will become uninhabitable because of global warming. Humanity will have to move to other planets in the galaxy for survival.

You can design your mission to the stars by picking your leader and your resources, but after that, it’s up to you to customize a lasting civilization in the face of enemy threats. You’ll fend off aliens, other groups from Earth, and your new planet itself.

The title is coming out on Windows this fall. Here’s an edited transcript of our interview with Miller and McDonough. 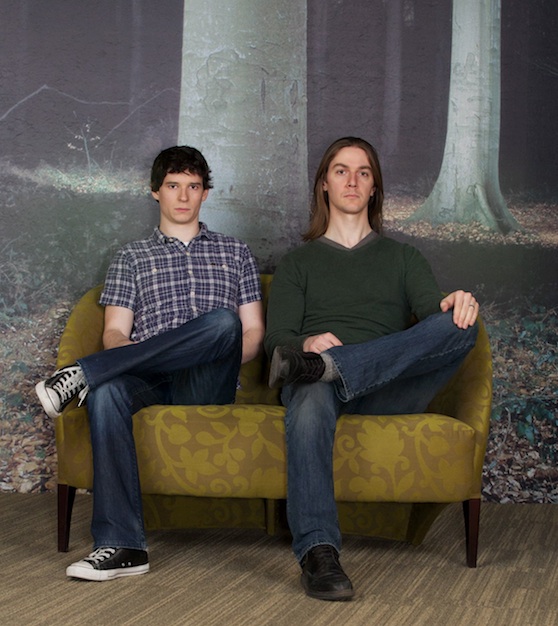 Above: Will Miller and David McDonough, lead game designers on Sid Meier’s Civilization: Beyond Earth.

GamesBeat: Can you guys tell me how you got started on the title?

Will Miller: David and I are huge fans of space, just space in general. The history of manned space flight, science fiction, anything space. We’re also big fans of Alpha Centauri, of course. Since we’ve been here, we’ve always romanticized about doing a Civ in space. It was the right time, and we had the right team. We just started working on it.

GamesBeat: Why would space be a better choice than another earthbound Civ?

Miller: It’s a fascinating area to explore with the Civ franchise. Our fans have wanted it for a very long time. Like I say, we’ve always wanted to revisit this area. We just got the opportunity to do it.

GamesBeat: I remember playing Alpha Centauri pretty obsessively back in the day. I don’t recall there being as much science behind that game as there seems to be in your game here.

David McDonough: That might be fair to say. I think Alpha Centauri was actually a pretty fun blend of science and science fiction. It was maybe a little heavier on the fiction side. But we’ve had a good time making that blend, too. We’re different people, and we have a different level of fandom for the various branches of science and sci-fi.

One of my favorite things about this game is that it starts off very rooted in science and builds these threads of plausibility all the way through to its wildest, most ridiculous fiction. We sort of trick you along the way — “Oh, this is totally real, we can totally do this” — and, by the end of the game, you’ve gone totally sci-fi. But an emphasis on real science is part of our enthusiasm for the game. It’s an opportunity to have some fun.

Miller: It’s also functionally. The reason why we chose to take that approach is because we really care about the suspension of disbelief. We want to maintain that in the player throughout the whole experience. You do end up in a very sci-fi place at the end of the game. You’re changing the physiology of the human species. You’re making these fantastical vehicles and units. The face of the planet is changing based on what you’ve done to it. But to get there, we want you to go through these incremental steps that all make sense. When you finish a game of Beyond Earth, you can say, “Yeah, I understand how that, in some future, might happen.” 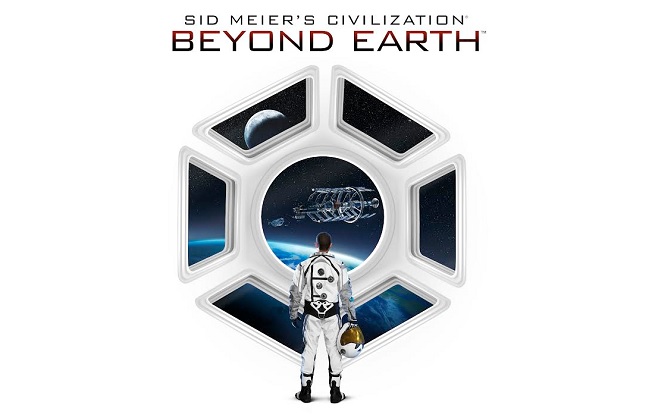 Above: Artwork from Sid Meier’s Civilization: Beyond Earth.

GamesBeat: It seems like you have a very plausible beginning for reaching to the stars, with all the new research on global warming. It provides a pretty good backstory for you.

Miller: We talk about the Great Mistake as this kind of catalyst that tips the balance a little bit, in a lot of different areas. There wasn’t really an apocalypse, a world-ending event. It was an event, but it just pushed many of these things that we’re dealing with today over the edge. Like you say, global warming, a very tenuous geopolitical landscape, things of that nature. Even drought can cause wars, over a period of 10 or 15 years. That’s what we imply, that lots of different intervening factors ended up sending mankind into this dark age.

The optimistic part of it is that we all came out of it OK. It’s at that point where we decide to go to the stars.

GamesBeat: Is this part of the game told in 30 seconds or do you see a larger cinematic beginning?

Miller: Some of it’s told up front. We have a bit of exposition. But the story about Earth’s past and what happened and all of that, the player is going to do a much better job making that story than we will. What we like to do is tell that story through hints and through suggestion and mystery. We let the player fill in the gaps.

GamesBeat: It’s also maybe familiar because it’s a natural ending to a lot of Civ games. You overbuild and you have flooded cities at some point.

Miller: Right. Roads everywhere and half the world’s irradiated and all that.

GamesBeat: There’s also an interesting design approach here in allowing players to do a lot on Earth before they take off. They design their spaceship and figure out who they’re going to take, who their leader is going to be. There’s a lot of strategy in that part of the game, right?

McDonough: There’s a lot of strategy in it, but we don’t want to misrepresent ourselves. The choices you make at the very beginning of the game are presented abstractly. You decide who you’re going to start out as and what you’re going to take with you, but the whole game takes place on the new planet. There’s no gameplay on Earth, so to speak. You’re just setting the starting conditions for your colony expedition, and then there’s a bit of backstory with the intro to the game. When turn zero starts, it starts with you landing on the new world. From start to finish, it’s about your next chapter, the chapter on the new planet.

GamesBeat: What kind of variety will you see as a result of some of these decisions you make in the beginning?

McDonough: Plenty. They have a huge, sweeping impact on your play style and your advantages. It affects all kinds of circumstances. Everything from diplomacy to city management will be affected by the particular blend of starting loadout choices you make. One of the most interesting things about the game so far, that we’re already having a good time with, is how just one change can make for a very different experience. If you change those circumstances even a little bit, the story you’ll tell on the new world and the way that you’ll face the problems you encounter … your strengths come from different places, so the story is different.

Miller: We talk a lot about eliminating the critical path in Civ. We never want there to be a definitive build order or technology-research order. We want there to be thought in every decision you make, based on the specifics of this particular playthrough. Where you landed, how the aliens are reacting to you, who your neighbors are, what kind of quests you get, things like that. The loadout options are one more way that we mix the game up.

There are still personalities to the civilizations. You still have the warlike ones and the economically focused ones or whatever. But because of these loadout options, you can never really know the leaders you’re up against until you’ve interacted with them through the game, through diplomacy. You have to build your strategies around discovering who they are and what they want. Your games are infinitely replayable because of these choices you make in the beginning.