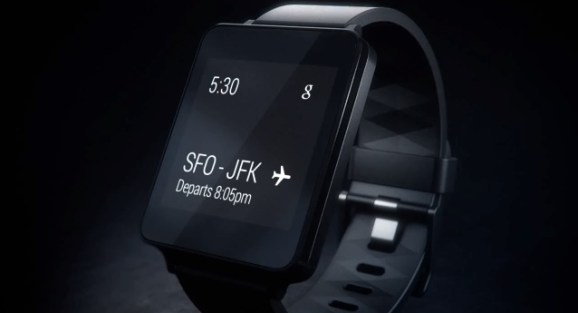 The latest teaser video for LG’s Android Wear smartwatch feels like a trailer for a wannabe Hollywood blockbuster.

While not offering any new information on LG’s G Watch, the teaser video gives us a close look at the device’s design. But the addition of dramatic choral singers and snazzy special effects tips it beyond mere marketing to borderline parody.

LG announced its plans for the G Watch back in March, right after Google announced its Android Wear platform for wearable gadgets. In addition to offering notifications from your phone, Android Wear will rely heavily on Google Now for voice commands and information retrieval.

We still don’t know when the G Watch, or any Android Wear devices, will be released. Personally, I’m more excited for Motorola’s Moto 360 smartwatch, which looks practically indistinguishable from a normal watch with its round screen.