Tomorrow Adobe is announcing new features that will enable marketers to react immediately to customer or prospect actions, an app store to make integrating with hundreds of new marketing technologies simple and fast, and more, including a new Media Optimizer that, it says, improves search ad effectiveness by 25 percent. 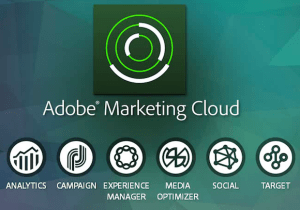 “The ability to take action in real-time as the engagement is happening is crucial,” Adobe VP Suresh Vittal told me yesterday. “We’re seeing an increased emphasis on real-time, and an enterprise that doesn’t operate in batch mode.”

Adobe’s not the only software giant seeing the real-time trend.

The “live stream” technology in Adobe Analytics will allow marketers to pre-build engagement workflows for common scenarios. For example, a brand could “see” shopping cart abandonment in real time and immediately kick off a personalized promotion to help close the deal, such as a retargeted ad on the next website the shopper visits offering free shipping or another goodie. Alternatively, if people are stuck in an onboarding process, a company could initiate an immediate help action. 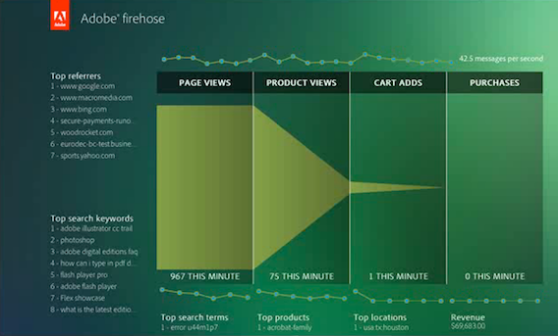 “We believe this will be a game changer, allowing real-time ad campaign management,” Vittal said.

According to the company, Adobe Analytics not only has 140,000 global users but it has seen a 63 percent uptick in the number of clients who spend more than $1 million annually. Adobe’s marketing cloud had revenue of $1 billion last year, up 26 percent from 2012. 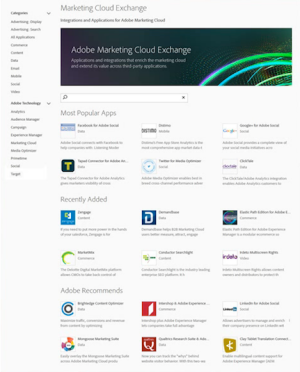 Adobe is also adding an app-store like exchange as a new core service to its marketing cloud, which it just significantly updated in March. The Exchange had been in beta and is now generally available as a core service across all marketing cloud components.

“This extends our capabilities in a very simple manner by giving access to a rich ecosystem of providers,” Vittal told me. “There are lots of pre-built integrations and apps — over 150 apps dedicated to marketers that are currently used by 1,200 brands globally.”

The benefit for brands, of course, is that with pre-built integrations it’s much easier to do tests and demos of new functionality provided by smaller software players or startups. But the big boys are there too: Microsoft Dynamics CRM is available, as well as Google-provided apps, and Demandbase.

Adobe also announced an update to its Media Optimizer tool for running and improving ads in social, search, and display channels. The change results in a “25 percent extra lift in search campaigns,” Vittal said, meaning that advertisers see better performance for their ads with the same spend.

That’s significant, since the software manages an annualized $2 billion spend.

Adobe might be acting a little modest in claiming a 25 percent campaign lift, as some early testers have seen significantly higher returns:

Others, like Lenovo, however, have seen an 11 percent improvement.