MLB 14: The Show finally made its PlayStation 4 debut last week, and like many early-season callups to the bigs, it showed some potential. It has beefed-up graphics, and a few minor tweaks to various game modes make a major difference.

However, it is one of the more complicated games in recent memory. If you are new to the franchise or to sports games in general, MLB 14’s various menus and modes can be pretty daunting. The main menu alone has 22 different options, most of which just take you to a submenu.

Fear not. This guide will give you a strong base on which to build a Hall of Fame career.

Whether you’re looking to amass individual accolades through the Road to the Show mode, build a baseball dynasty through shrewd business moves in Franchise mode, or taste the anguish of your foes in the various online modes, you will find your answers here.

Feel free to leave any additional tips or suggest changes in the comments section. I created this guide after reviewing the PS3 version, playing the PS4 version extensively, and with years of The Show experience in mind.

The most important tip I can give you is to not be afraid of tweaking the difficulty or sliders if you aren’t having success. I recommend reducing the pitch speed slider by 2 right off the bat. This will give you some extra time to react to pitches, which can be invaluable in a game where hitting is quite difficult.

Your first step should be to play an exhibition game. If you don’t score any runs, the difficulty is too high. If you score 15, then you may want to turn it up some.

Go to gameplay options and set the “Guess Pitch” option to classic. Now your player will know exactly where the pitch is going if he guesses pitch type and location correctly. This doesn’t happen  often, but a correct guess almost guarantees a hit. Any advantage you can get in a game where failing seven out of 10 times makes you an All-Star is a plus. 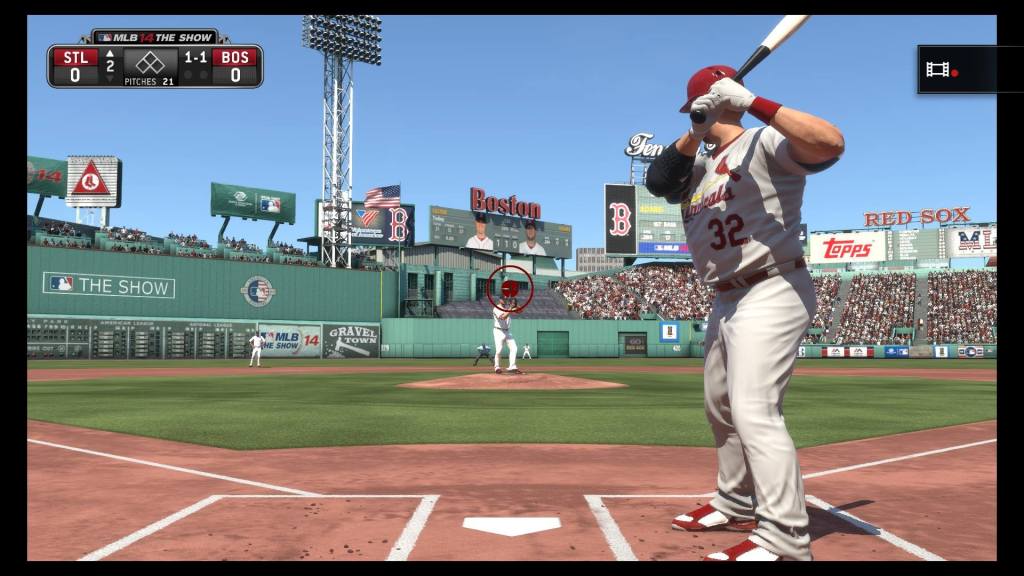 Once you step into the batter’s box, have patience. Patience is the most important aspect to hitting in this game. If you swing at strikes and let balls go, you will win consistently regardless of player or team skill. I usually follow the Joe Mauer rule: Like the Minnesota Twins’ first baseman, don’t swing at the first pitch. Unless I have guessed the pitch correctly, I keep the bat on my shoulders for the first pitch or two. The effectiveness of this tactic in all game modes will surprise you.

If you are using the analog sticks to hit, make sure you pull back on the right stick right as the pitcher puts his arm back. I have found that this will give you perfect stride timing more often than not, which will set you up for success early.

I usually guess fastball up in the strike zone if my player is a power hitter and fastball down if he is a speed threat. These are the most common pitch selections, especially if you are ahead or even in the count. If you get down two strikes, guess breaking ball (curveball, slider, sweeping curve, etc.) low. Those pitches are the hardest to lay off, and pitchers will try to get you to chase them with two strikes.

If your hitter has a power rating above 50 (you can check this during your at-bat by pressing up on the D-pad), you should use the Square button to power swing more often than not. I like to turn it off in two-strike counts, because it does add to your swing-and-miss percentage.

If your hitter is a speed threat, press Circle in two-strike counts to make sure you make contact. A slow ground ball down the third base line can be a hit, and a hit means the opportunity to steal a base. Don’t be afraid to bunt at any time, as this tactic is very effective in this year’s Show.

The A.I. pitchers all have a nasty pick-off move. This takes some time to get used to, so you should be especially wary of stealing bases until you have adjusted.

Make sure that you are using the “Pure Analog” interface. The stick gives you way more control over a throw’s trajectory and strength. Remember not to just hold it down, or you will throw it over the first baseman’s head every time. Hold it for about a second and then release.

It takes some experience to get the pitching interface’s timing down. It is different for each pitcher based on that player’s control rating, so it is just something you will master with practice.

In general, keep the ball down. If you are pitching against the A.I., you will have to mix locations a bit because the computer will start guessing low.