Yahoo is buying an ephemeral mobile messaging app for itself, Blink. But a Yahoo-branded version of the app isn’t necessarily on the way.

The company behind Blink, Meh Labs, will discontinue the app for Android and iOS devices, according to a blog post the company issued today. Yahoo did not announce plans for Blink’s technology or its developers.

Yahoo bought more U.S. tech companies than any other company last year, with 22 acquisitions, according to a recent report. Many of those companies — including Alike, GoPollGo, Jybe, MileWise, and Summly — have shut down their applications after confirming that Yahoo had bought them, although a few, like Astrid and Tumblr, live on. Clearly, Yahoo’s buying streak goes on.

When it comes to sending messages that get deleted automatically, Yahoo presumably could have bought Snapchat.

That company carries a much higher profile than Blink having faced regulatory scrutiny as well as previous acquisition interest.

Snapchat could become an even hotter commodity following Yahoo’s purchase of Blink.

And other companies with apps of that type — like Criptext and Wickr — could become acquisition targets as well.

Then again, not all of these apps are seeing their best days. Facebook has removed its Poke app, often described as a Snapchat competitor, from the App Store. Facebook did not explain its decision to drop Poke.

The Blink app has been installed 10,000-50,000 times, according to Google Play Store statistics. 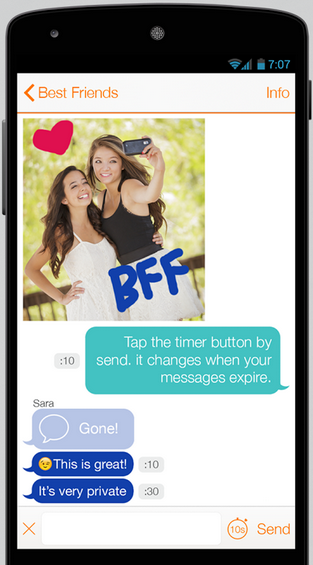