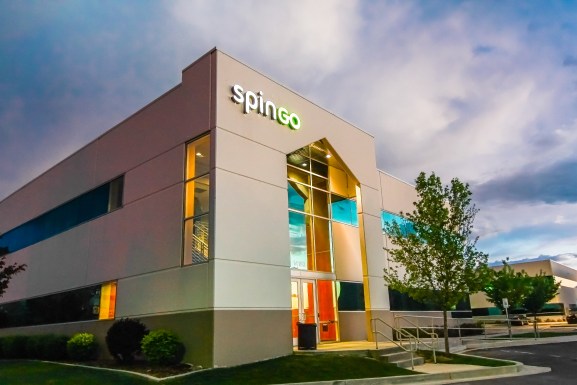 Events engine SpinGo acts as a database for local events, connecting people with more than 100,000 monthly events. Think of the calendar section on a newspaper’s website, but with a more visually-appealing design and more accurate listings.

Now SpinGo has raised $2 million in a Series A investment, the company told VentureBeat in an interview, bringing SpinGo’s total funding amount to $6 million.

Prelude, a new Mercato Partners fund, led the round. It’s interesting to note that SpinGo, based in Draper, Utah, is the first company funded by the spinoff fund, which will back early-stage startups. Mercato Partners usually provides growth-stage capital to more developed companies.

You might have already seen SpinGo’s product. That’s because the events discovery platform, founded in 2012, powers calendar services for more than 900 media publications in the U.S., including partners such as the New York Daily News, U-T San Diego, and all of the cities in The Breaking News Network. SpinGo is also planned to come to the Los Angeles Times.

It’s been easy to sell SpinGo to publications, chief executive officer Kreg Peeler told VentureBeat, because their current solutions are too automated; they pull information from secondhand content and create too many errors. Some publications, like U-T San Diego, cancelled their existing contracts with other providers after seeing SpinGo’s product, Peeler said.

“All we have to say to our media groups that we sign up is that we have human-verified content,” Peeler said, referring to SpinGo’s Event Content Specialists that the company hires to manually input events into its engine. “And as soon as we’ve told them this, they’ve said, ‘Where do we sign?'”

Peeler doesn’t view companies like Eventbrite and TicketMaster as competitors because SpinGo’s focus is more on attracting the promoters, focusing on the marketing side of these events rather than ticketing services.

SpinGo’s next step is to attract individual promoters, of which 70,000 have listed events. The company will use the Series A round funding to hire account executives with the task of bringing on high-profile promoters in the entertainment industry.

“Now that we have a critical mass [of media groups],” Peeler said, “it’s time to monetize that and allow event promoters and sponsors to reach that audience.”

Peeler says some of the funding might also go to acquiring smaller companies, but he wouldn’t commit to specific details. Regardless, the main use of the funding will be to increase the site’s usage by promoters.

The purpose of SpinGo’s platform is not only to give promoters an opportunity to publicize their events, but to also drive people towards these events. The biggest challenge for the company right now, Peeler says, is to get people to recognize that events actually are happening near them.

“It’s about creating a movement,” Peeler said, “and creating an urgency around being a part of the community by driving local commerce.”