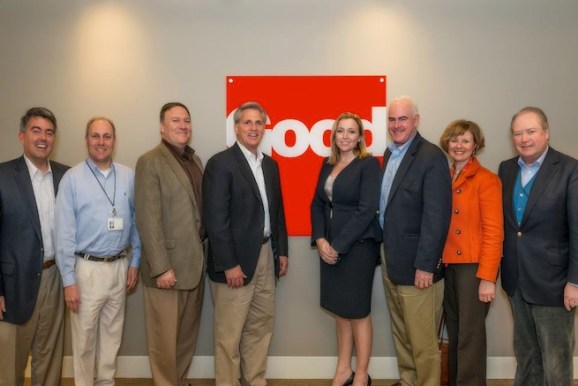 Rumors of an initial public offering from Good Technology have been swirling around for at least a year. Now the company has finally decided to go for it.

Today, the Sunnyvale, Calif.-based company submitted a public filing with the U.S. Securities and Exchange Commission, in preparation for its eventual IPO.

According to the document, the company’s revenue has steadily grown in the past few years, going from $33 million in 2010 to $115 million in 2013. However, its expenses have grown even faster, from $84 million to $231 million during the same period.

As a result, Good Technology had a net loss of $188 million in 2013. Accordingly, the filing warns:

We have incurred net losses in recent years, including $41.0 million, $90.4 million and $118.4 million in 2011, 2012 and 2013, respectively. We had an accumulated deficit of $608.8 million as of December 31, 2013. We may not be able to achieve or sustain profitability in future periods. Achieving profitability will require us to increase revenues, manage our cost structure, and not experience unanticipated liabilities.

Furthermore, the company has shifted from being a consumer-oriented company to making most of its revenue from enterprises and government organizations, which has severely impacted its revenue in the process. In it’s public filing, the company explains:

Our historical revenue growth has been inconsistent and, for a number of reasons, should not be considered indicative of our future performance. First, from 2009 through 2011, our consumer-oriented Good for You application generated the largest portion of our revenues, but in 2013, it represented less than 29% of our revenues, and we expect this percentage to decrease further in the future as we continue to focus on marketing and selling our secure mobility solution to enterprises and governments.

However, mounting losses aren’t necessarily a reason to look down on Good Technology’s prospects.

As a software-as-a-service company, much of its revenue depends on recurring billing, which includes customers’ purchases of long-term licenses for its security solutions, along with maintenance and support fees. The filing points out that recurring billing accounted for 44 percent of its revenues in the most recent quarter.

And, as Andreessen-Horowitz partner Scott Kupor recently pointed out, SaaS companies typically lose money — a lot of it — early on, because the nature of the business requires large upfront capital investments, while the revenues come more slowly, through monthly subscription payments from customers. At some point, however, a well-run SaaS company will — with luck — start to generate enormous profits, and will benefit from those recurring billings.

The company has also had some recent management changes, with its current chief executive Christy Wyatt taking the reins in January, 2013, replacing King R. Lee, III, who served as executive chairman until January, 2014, and still remains on the board.

Good Technology was founded in the relatively prehistoric dot-com days, in 1996, when it was called Visto. It has raised over $211 million to date in at least five venture rounds and two private equity rounds. It is based in Sunnyvale, California.