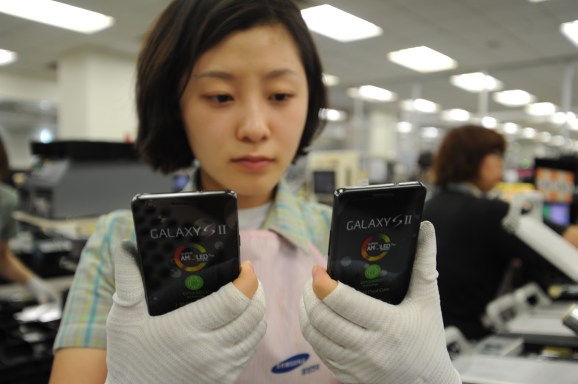 Samsung apologized to chip workers who suffered cancers commonly related to chemical exposure and promised compensation, but the South Korean electronics giant says the apology does not mean that it acknowledges a link between chemicals found in its factories and these diseases.

However, the world’s largest smartphone manufacturer recognizes that it should have come up with a compromise much sooner, Samsung said in a statement today. The statement comes nearly a month after the South Korean government’s opposition party leaders, led by Sim Sang-jeung, drafted legislation that would create measures to assist impacted workers and prevent workplace diseases.

The promised reparations are a win for the families of affected workers and civil groups pushing to hold Samsung accountable for causing workplace diseases. The movement started seven years ago when Hwang Yu-mi, a 23-year-old factory worker, died from leukemia. This story, adapted into a movie last year, has pressured Samsung to respond to these accusations. Of the 243 workers that got sick since the 1990s, 114 were former Samsung semiconductor employees, according to wording in the proposed resolution.

In addition to issuing the statement, Samsung will no longer involve itself in legal battles against paying compensation to workers impacted by workplace accidents and illnesses. The company has provided legal assistance and support to a South Korean government compensation agency that appealed cases that determined it had to pay monetary damages in three cases.