Today Foursquare split itself in two.

A struggling giant in social, Foursquare is shedding check-ins from its core, and as a result, it may alienate its 50 million users into the arms of a competitor. Instead of a singular “Foursquare” app, the firm will offer two separate services: an upcoming self-titled app for local search and discovery, and a separate, newly available app — Swarm — for check-ins and other social features. For now, the original Foursquare app is caught in the midst of this major transition.

Foursquare believes these new services will keep users more engaged than ever, and it wants them to use both of the apps in tandem.

Change is really hard. It’s part of the reason why we’ve tried to explain things as clearly as possible. There’s obviously some stuff that’s different and there’s a lot of education that takes place.

“The future of Foursquare asks: How do you discover places that you’ll love?,” says Steinback. Foursquare believes its self-titled app will be “the future of local search. We fundamentally believe local search is broken,” Steinback tells VentureBeat.

For existing Foursquare users, the experience starts with search. Let’s say you’re out to find the best coffee shop. A simple search in the original Foursquare app might reveal the following, ad-packed results. Pick your poison. 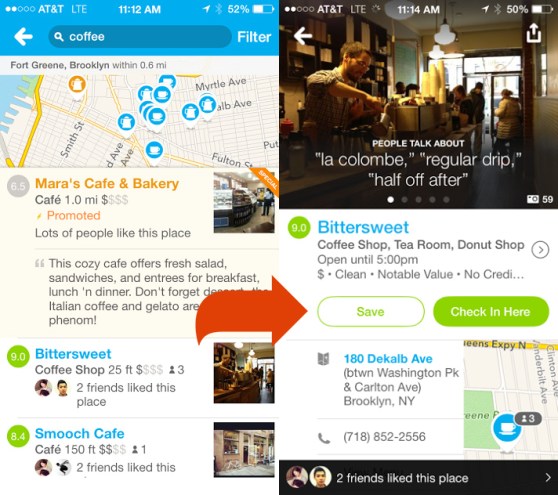 When you arrive, pop open the Swarm app. Share your location. 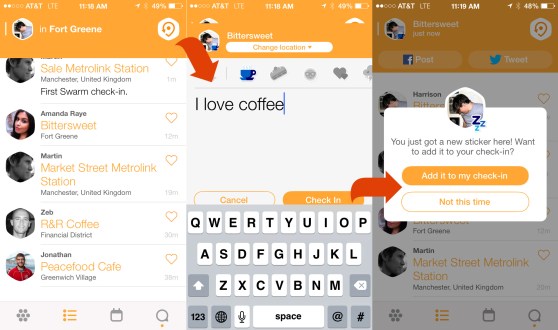 Hop back into Foursquare for a review, or just feel around Swarm for a bit to see where your friends are and what they’re up to. 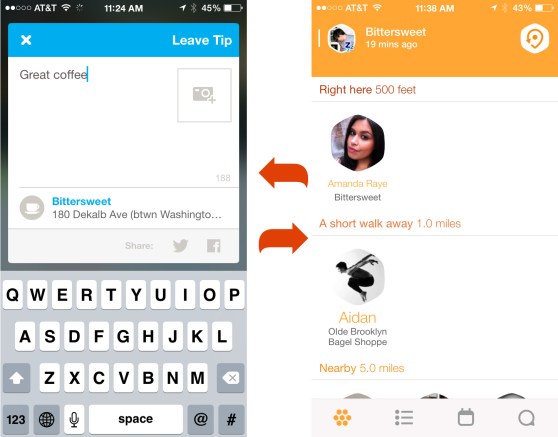 For users eager to switch to the new flow, it’s noteworthy that the experience is not yet seamless. Foursquare has opted to transition users gradually into Swarm. As such, check-ins, points, and other features awkwardly remain in Foursquare. It’s easy to forget which app to use for what, although Foursquare shares that after downloading Swarm, users will notice small, discovery-focused changes to the Foursquare app.

By not eliminating check-ins from Foursquare immediately, the firm believes users won’t feel burned. The new Foursquare is in “advanced testing phases,” and will be “rebuilt from the ground up,” shares Steinback.