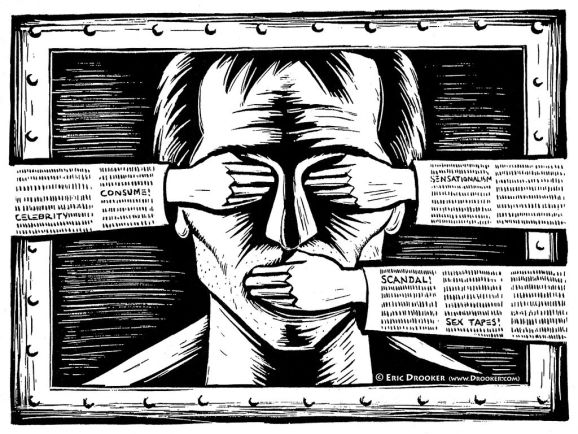 Censorship? Or just a right to be forgotten?

After a European court ruled that Google must remove some unwanted content from its search results, they company has been inundated with requests.

The BBC reports that a pedophile, an ex-politician, and a doctor with unpopular online reviews are demanding that Google remove links to undesirable information.

Earlier this week, a Spanish court upheld the country’s so-called “right to be forgotten,” in which citizens can compel search engines to remove links, in cases where the threat to privacy is deemed more harmful than the public’s right to know.

It is unclear how Google will have to handle these requests in order to comply with European law. The company isn’t revealing any details yet.

The Spanish court’s decision is well-intentioned: In the Internet age, people should have a right to start fresh without the unforgiving memory of search engines.

As we reported, search engines, such as Yahoo Argentina, have complied with such unwieldy laws by removing all information about the individual from search results. But, from a public point of view, it gets complicated.

For instance, there is a fierce debate about whether pedophiles are unique criminals, given their unusual high rates of re-offense. Some laws in the U.S. require child sex offenders to register and alert neighbors. Recidivism rates very for certain crimes, according to sex crimes researchers R. Karl Hanson and Kelly Morton-Bourgon: 13 percent for incest, 24 percent for rape, and 35 percent for molesters of boys.

At what threshold does the public have a compelling interest to know about a victim’s past? Under the new rules, a court may decide.

Or, if a politician has a seedy past, at what point does it start becoming the public’s interest? After the politician is elected? When he or she officially files for campaign paperwork? If the search results are removed at some point when the person is a private individual, can they be re-instated after the person becomes a candidate without the same protections?

If links can be put back on Google, will they ever have enough search weight to get back on to the front pages?

For instance, one-time politician Louisiana Representative David Duke left the Klu Klux Klan and eventually ran for higher office. Should Duke’s (perfectly legal) past be erased from Google’s history? If Google found it too difficult to selectively remove some of the information about his racist beliefs, they might just remove him entirely. But, given that Duke finished second in a race for Governor of Louisiana, erasing his past might have serious consequences for the completeness and credibility of Google’s search results.

And, more importantly, what employees at Google will carry out these requests and could they ever have enough manpower to switch back-and-forth?

Google Spain will now have to grapple with these questions, and more.