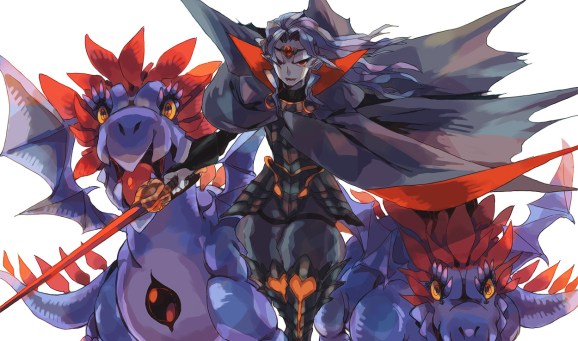 Puzzle and Dragons is taking over the world.

Mobile gamers are spending less, but at least they still have some love for dragons.

Research firm SuperData revealed the mobile games with the best average revenue per user (ARPU) during a 12-month period that ended in March. Android and iOS hit Puzzle & Dragons easily tops the chart with $11.89 per player. That’s more than the other nine games combined. You can see the full list below: 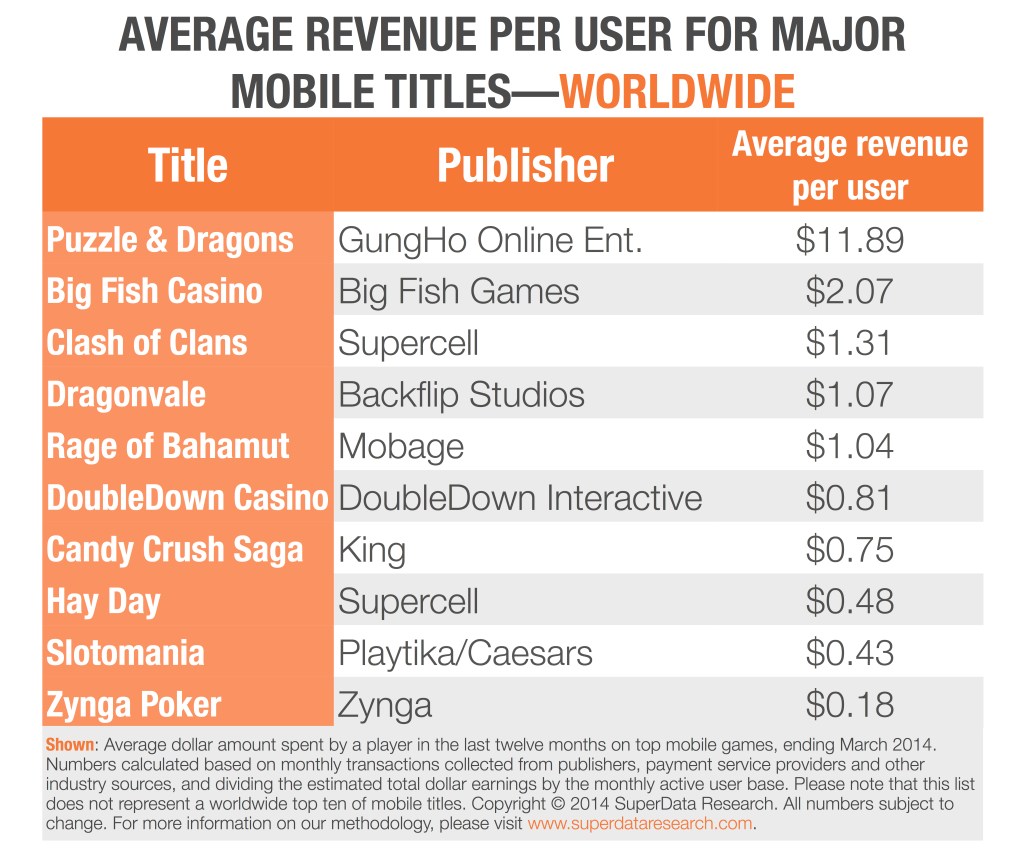 The overall digital games market went down 7 percent from March to April. Specifically, mobile games slipped 6 percent. That’s fourth months of drops in a row. SuperData expects developers will try to fix the problem by moving away from the free-to-play model.

“It is true that most mobile games operate with a free-to-play mechanic,” SuperData states in its report. “But we anticipate a counter-trend toward premium mobile games. Already we’re observing some notable successes.” One example is Leo’s Fortune, a $5 mobile game that was the No. 1 paid app in over 20 markets.

SuperData contributed the success of Puzzle & Dragons to its multiplayer component, although you always need a little luck to have a breakaway hit on the crowded mobile market.