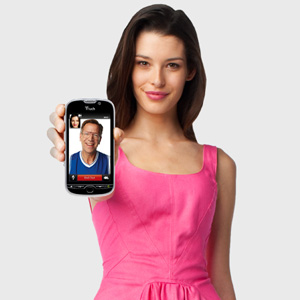 T-Mobile’s contract-free “Un-carrier” strategy has netted the company new subscribers and a sustainable growth plan, according to its first quarter earnings report.

Beginning May 19, T-Mobile will try to attract a new demographic away from contracts. In partnership with Univision, the company will launch a wireless service tailored specifically for Hispanic Americans, which will offer unlimited text and free calls to Mexico and specific countries in Latin America.

Univision Mobile targets the 56 million Hispanics living in the U.S. with custom-built plans, according to the venture’s press release. Subscribers will receive unlimited domestic calls and texts at $30 a month, and unlimited data (throttled at 2.5 GB) for $15 more, a la T-Mobile’s “Un-carrier” plans. The plan also gives free unlimited international texting to more than 200 countries across the world and 100 minutes of calls to eight select Latin American countries, including Mexico.

Univision’s branding comes in the form of exclusive programming content. Subscribers will receive access to news, sports, and entertainment, sneak peeks of upcoming shows and premieres, and opportunities to interact with television personalities. Phones sold on Univision Mobile will come with preinstalled wallpapers, ringtones, and apps, such as the popular UVideos and UForia portals.

Wal-Mart will be the exclusive national retailer, offering Univision Mobile in about 1,800 of its U.S. stores. T-Mobile and Univision will also allow 6,000 independent dealers at locations serving the Hispanic community to sell the plan.