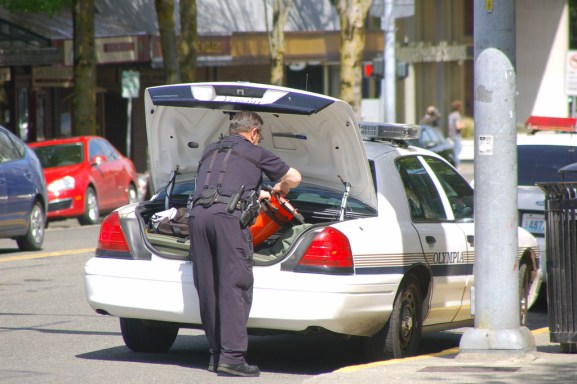 Several cities across the U.S. have been severely hit by the economic downturn in recent years. Budget cuts and re-prioritization of initiatives, together with growing crime rates, have driven the need for many cities to find alternative and innovative solutions to fighting crime.

Topping Forbes’ list of the most dangerous cities in 2013 for the fifth year in a row, Detroit is taking a proactive approach to combating these issues. Organized in 2011, the Detroit Crime Commission (DCC) is a public charity staffed by former FBI, Michigan State Police, and Detroit Police Department investigators, serving as “a citizen ally of law enforcement agencies fighting crime in southeast Michigan.” Its goal is to “identify public safety issues within the scope of its mission and to work to eliminate them.”

One of the commission’s key strategies is to identify individuals who are publicly known to be engaged in dangerous criminal activities. As such, the DCC needed to aggregate terabytes of proprietary and public crime-related data to assist in investigations as well as supplement public notifications and coordinate related activities. They needed a solution that could quickly and easily aggregate the data, analyze the information and provide insights into potential criminal activities.

After months of researching big data tools, the DCC selected Datameer’s big data analytics application to integrate, analyze and visualize the terabytes of data. While the DCC found that other tools were able to perform isolated pieces of the analytics process, Datameer was the only end-to-end solution that was able to tackle all key tasks of the analytics process. Datameer easily pulled in large amounts of information from both of structured and unstructured sources, allowed for quick analysis, and presented the results in a visual format. This resulted in the DCC being able to identify human and crime relationships they weren’t previously able to see by simply looking at thousands of rows in a spreadsheet.

The time saved on pulling data together, analyzing and visualizing the findings allowed the commission to laser focus their effort on discovering what and who is driving violent crime. “Datameer allows law enforcement to basically understand what is driving crime and kind of step back and be a little more proactive and not totally reactive,” said Andrew Arena, DCC’s executive director.

This is just the beginning for data-driven law enforcement initiatives in general and Detroit specifically, but the implications are stunning.  The ability to analyze and identify criminal networks and their connections gives police insights that they can use to not only better understand individuals and groups, but also potentially prevent future criminal activities.

Joe Nicholson is Vice President of Strategy at Datameer and a veteran software marketing executive with extensive analytics experience at both startups and publicly traded companies.

Datameer’s chief executive, Stefan Groschupf, will speak at VentureBeat’s DataBeat conference in San Francisco on Monday and Tuesday. Alongside LinkedIn’s Jim Baer, Trifacta’s Joe Hellerstein, and Metamarkets’ Mike Driscoll, he will talk about the sorts of technologies that could hold promise for helping companies grow.