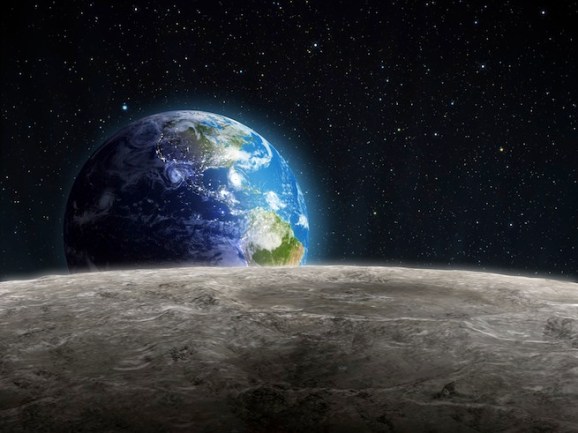 That’s how much these folks need to launch Israel’s first lunar mission.

In a new Indiegogo campaign, Israeli non-profit organization SpaceIL is seeking enough funding to get a foothold on Earth’s moon by the end of 2015.

All this is part of Google’s Lunar XPrize competition. Said competition involves “$30 million in incentive-based prizes” for private companies that land on and travel around the Moon and broadcast transmissions from the Moon. “Teams may also compete for Bonus Prizes such as exploring lunar artifacts or surviving the lunar night, and can be awarded prize money earlier by completing terrestrial or in-space milestones.”

In other words, this is definitely a for-profit mission.

The project’s proposed spacecraft is around “the size of a dishwasher,” and organizers say that 80 percent of that space is for fuel.

Along the way, we are inspiring kids to engage with the wonders of science and technology, much like the Apollo missions did in the 1970s. We want to create an inspiring moment of blue and white history and spur a wave of space-related technology companies. Let’s show the world that going into space is not limited to global superpowers with billion dollar budgets. Smaller teams of creative, innovative scientists and engineers can go into space.