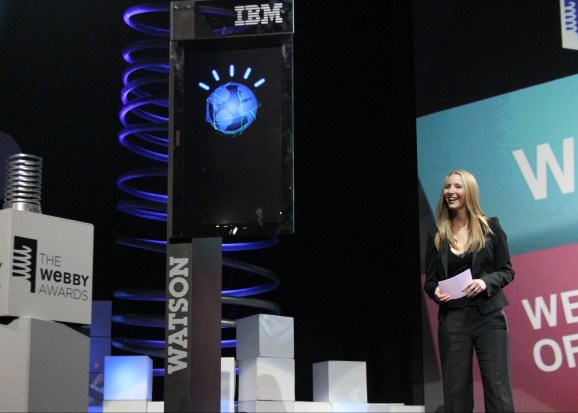 More early-stage companies are signing up for IBM’s fancy Watson supercomputing technology for processing lots of text and then making decisions on the fly.

But they’re not rolling in big racks full of servers and hard disk drives to do this. They’re tapping into Watson-as-a-Service.

On Friday, IBM named three new partners in its burgeoning Watson initiative, following its decision to make Watson available as a managed service.

Modernizing Medicine, a company with an electronic medical record system, is using Watson to beef up a new application doctors can use to pull up information while they’re working with patients.

Modulus, a company with finance software for traders, uses Watson for its SharpeMind application to surface the latest information about assets, drawing on news reports, social media, and other sources.

And Watson is helping Reflexis Systems, a company with software for retailers, to release tools to serve up alerts and tasks for store managers about which products they need to stock up on.

These use cases might come up when Rob High, an IBM Fellow and vice president and chief technology officer of Watson Solutions at IBM, speaks at our DataBeat conference in San Francisco on Monday and Tuesday.

But more broadly, this latest wave of Watson adoption can help IBM make the case that the technology could be useful to all sorts of companies that want to enable smarter experiences without dispatching their development teams on year-long coding expeditions.

Meanwhile, tech vendors other than IBM have been pushing tools for making sense of large amounts of text. (See AlchemyAPI and Idibon.) They lack the visibility of IBM and its marketing machine. But they’ve been growing lately, too, as companies decide to take advantage of more of their own data.

Unlike other startups that use Watson — like Fluid and Welltok — Modernizing Medicine, Modulus, and Reflexis did not receive funding from IBM, despite their Watson implementations. “No funding announcement at this time for these partners,” an IBM spokeswoman wrote in an email interview with VentureBeat.