Aardman Animations, the animation company behind Wallace and Gromit, is trying to get kids into coding.

It has teamed up with the Nominet Trust to launch Shaun’s Game Academy, a national competition that gives kids the opportunity to create a video game.

The competition will give young users a suite of characters, backgrounds and effects from the stop-motion animation series Shaun the Sheep to develop games using the Scratch coding platform.

The launch of Shaun’s Game Academy comes just ahead of World Scratch Day on May 17 — a global day celebrating the coding language and the kids who use it.

The winning entrant will get the chance to spend a day at Aardman Animations working with the company’s games team to have their game developed further.

A curriculum change coming into effect in September means that schools are required to teach basic coding as part of ICT.

Teachers will be given the resources to help their students take part in the competition and create their very own video game.

The Nominet Trust recently launched the iDEA scheme with the Duke of York. It is effectively a Duke of Edinburgh scheme to gain industry accredited badges for young entrepreneurs. 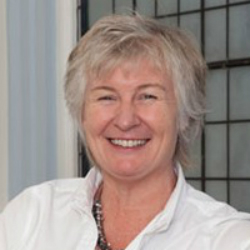 Children are eager to make their own projects online, but many don’t have the opportunity to do so.

Combining digital making with young people’s everyday interests is a great way to create digital activities that are relevant and fun.

The competition is split between ages 12 and under and 12 and under. It closes on September 1st.

(Editor’s note: You have to be a U.K. resident to enter the contest, but there are a lot of fun videos and projects on the site that are open to anyone.)