If you can measure it, you can make it better or make money from it. That’s what companies should learn from mining their data analytics properly.

In a panel at VentureBeat’s DataBeat 2014 conference, the consensus was that companies are leaving a lot of money on the table by not getting as much out of their analytics as they could. The panelists offered some broadly useful examples of how to use analytics in particular industries.

Just a few years ago, the Guardian’s journalists were pretty disconnected from analytics data about users visiting the company’s news site.

Graham Tackley, a data scientist at the Guardian News & Media (publisher of the Guardian newspaper in the United Kingdom), said that his company found that data scientists can help journalists get better traffic for their stories by giving them the right analytics tools for drilling down on what stories are popular. If the journalists have the right tools to understand what stories are popular, they can react.

“We are investing in real-time analytics systems to empower editors and journalists,” Tackley said. “We built search tools on top of the analytics, and it was an amazing revelation. As a digital business, being in charge of our own clickstream is pretty important.”

For instance, those writers can drill down into why a story is or isn’t attracting attention. Using in-house tools for analytics, they can find out what social media source is making that story take off. They can check in real-time to find out how well a story is doing in a particular country or on mobile devices.

His tips: You can get writers to use A/B testing on headlines, but it’s also important to get them to understand the importance of sharing their stories in a conversational manner on social media. The writers should not just “auto-tweet” their stories; they should craft wording that will entice someone to click through on a link and read a story.

Tackley also said writers should figure out which social media tools are working and concentrate on those. They should get their data in real-time, when it matters, and react more quickly than their competition might do so. They should also remember that some evergreen content can be re-shared, and that all new stories should be properly shared when they are fresh. By being smarter about posting to Facebook, the Guardian was able to turn its Facebook page from being 2 percent of referrals to 10 percent.

Aber Whitcomb, an analytics expert at social gaming company SGN, said that game analytics can teach us a lot about how to extract revenue from users. He said the data that matters focuses on the basics of key performance indicators (KPIs) such as user retention, engagement, and monetization.

You should, for instance, know the average revenue per user and understand segmentation among users. That means you should know how popular your game is among users by age, behavior, and other demographics. Then you can figure out the funnel of users toward monetization, and why some users drop out, and what you can do to keep them and drive them toward paying money.

Whitcomb said that last part can boost revenue by 20 percent to 30 percent. That, in turn, improves the lifetime value of a user. And that means that marketers will be able to spend more to acquire users for a game.

Peter Reinhardt of Segment.io, said his company’s analytics tools are often useful when combined with something that can measure qualitative details. That can help dramatically when customers are analyzing their user funnels to figure out how to convert non-paying users to become paying customers.

Jay Kreps of LinkedIn said that A/B testing is a fundamental tool that helps make sense of analytics data. You can test two competing ideas and figure out which is more popular among users. But you must also be cautious to make sure that one change that improves one metric does not make another metric worse.

One of the problems is that not everybody wants to embrace analytics because they may be “too busy,” Tackley said. But at some point, a company has to move from being a traditional company to being a technology company, Kreps said, and analytics is key for that.

“You need to build a culture of using a product too,” Kreps said. “You can’t jam it down everyone’s throat.”

In other words, not everyone is a data scientist. Some team members will focus on what they do, while others can focus on the analytics that makes their work useful or understandable.

It’s debatable whether an organization needs custom analytics or can rely upon one of the many third-party solutions. But Kreps said the process of developing internal tools can help you understand exactly what you need.

Reinhardt said there has been an explosion of analytics tools, with thousands now available. His company’s tools are integrated with 102 of them, and there are a few new ones that emerge each week.

Peter Skomoroch of the Data Collective and moderator of the session said that speed of analytics is important. He noted that if you can make a couple of moves in reaction to the data while your competitor only makes only one move, then you will have a competitive advantage. 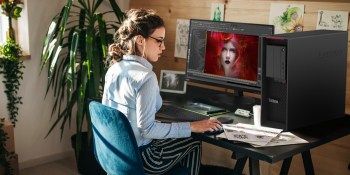