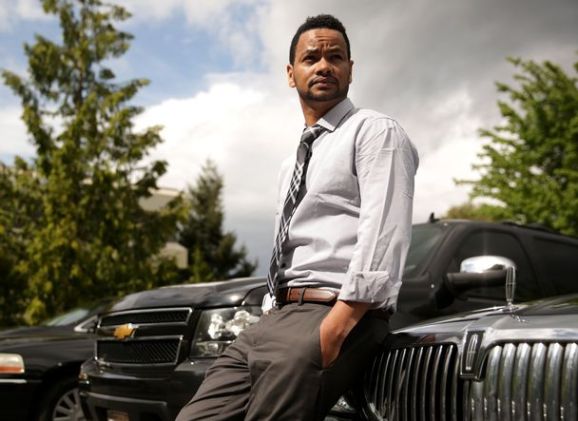 Daniel Ajema, at the Teamsters building in Tukwila

Rideshare drivers are forming their own union, but Uber claims the organization is “bogus.”

Over the weekend, hundreds of Uber drivers met to elect leaders for an App-Based Drivers’ Association. 500 drivers expressed interest in joining the union, the Seattle Times reports, in affiliation with a chapter of the highly aggressive Teamsters union.

Unionization efforts among a subset of Uber drivers aren’t new, particularly in Washington. Among the alleged reasons behind the new organization, chief complaints include the following claims:

In conversation with VentureBeat, an Uber spokesperson responded to these claims with an unusually blunt response: “If an Uber driver wants to make a change they can talk to us directly — they don’t need a bogus organization like this to do that.”

In response to the App-Based Drivers’ Association’s rating complaints, Uber claims it takes feedback from both drivers and riders seriously [Bold: VentureBeat]:

Feedback is a two-way street. At Uber, riders rate their experience and drivers do the same. Real-time feedback about drivers means Uber can correct for issues big and small – while ensuring that only the best drivers stay on the road. We take this feedback seriously – depending on the circumstances, rider feedback may lead to deactivating a partner from the system or serve as validation that the driver is providing great service. An Uber trip should be a good experience for drivers too – drivers shouldn’t have to deal with aggressive, violent, or disrespectful riders. If a rider exhibits disrespectful, threatening, or unsafe behavior, they, too, may no longer be able to use the service. You can learn more about our rating system here.

A key complaint among the union’s drivers is a lack of job security, a frustration that seemingly contradicts the very foundation of Uber’s system. An Uber spokesperson verified by phone that drivers are not employees — they’re independent contractors. This means that any driver who joins Uber runs the same risks that every small business owner faces. It is unclear if Uber should be more explicit on this point in its promotional enlisting materials.

Uber states that its drivers “understand that they are being connected to riders through the technology platform,” and that the company encourages driver feedback. Meanwhile, Uber is rapidly expanding in the U.S. and recently landed a major endorsement from Google. In addition, while Uber has consistently clashed with the traditional taxi and limousine industry, the firm today hired away a top official at the Taxi and Limousine Commission.