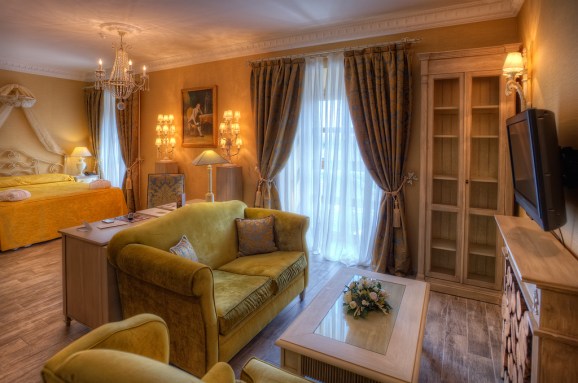 The days of finding ridiculously good deals on hotel rooms may be coming to an end, if the startup Duetto has its way.

The company sells subscriptions to its cloud-based software, which helps hotels sell all of their rooms at the highest possible profit.

Duetto’s compelling pitch won the Las Vegas-based revenue optimization company the top award for midstage startups at VentureBeat’s DataBeat conference Tuesday. The startup stood out among the contestants for its laser-focus on one vertical — hotels — and straight-forward business plan.

“What it can show you is the amount of people that are shopping for that specific room at a specific time,” said Benvenuti, who’s also the company’s chief analytics and products officer. “You can’t see that with the hotel’s transaction system — you can see only what’s already been booked.”

Duetto pulls in data from hotel websites using a simple piece of Javascript. It can see traffic from customers who were denied hotel reservations because of no availability and shoppers who bailed out on hotel buys because the price was too high. This helps paint the picture of demand level around specific times. Hotel shoppers usually search for a room three to five times before actually buying it, said Benvenuti.

The service also accesses weather forecast and flight data. If the weather looks bad in the guest’s home city around the time of their reservation, there’s a good chance their flight will be delayed, Duetto reasons. So the probability the customer will cancel or reduce their reservation goes way up.

The software pipes all of this data to Duetto’s servers, along with info from the client hotel’s internal transactions database. Then it synthesizes, analyzes, packages, and delivers the data as a series of insights to client hotels.

Based on the information, hotels can sell rooms at the highest possible profit. This past New Year’s Eve, Duetto customer Affinia Hotels increased revenues at its Manhattan location by $56,000, a 24 percent jump over New Year’s Eve 2012, according to Duetto.

So what’s under the hood of Duetto’s software-as-a-service? It runs on a MongoDB database, a Duetto engineer told me. The back-end server software is mostly Java built on a Jetty web server. The front end is a single-page Java script application.

Duetto is already earning steady revenues from about 100 hotels in the U.S., Europe, and Asia, Benvenuti said. It charges $10 per room per month for its service.

Duetto, which now employs about 40 people and is hiring fast, has taken a couple of rounds of funding since launching in 2010. It took a $2.1 million seed angel round in April 2012 and took another $10.1 million in a December 2012 financing led by Battery Ventures. Benvenuti said his company is using the investment money to build out its sales for and support organizations and to continue to improve integration with hotel-transaction databases.