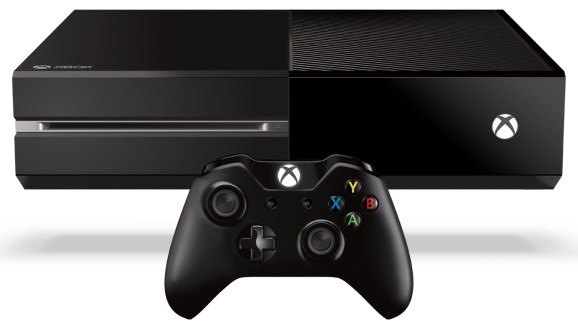 Last week, Microsoft took $100 off the price of the Xbox One. This week, the company is adding a few things to its latest home console, but it’s still playing catch up with the PlayStation 4.

Xbox One owners can now expand the storage capacity of the new system with external hard drives. Microsoft will update the system in June, and this patch will enable gamers to plug in any USB 3.0 hard drive that is 256GB or larger. The June update will also introduce real names to the Xbox Live platform. While Xbox One owners will welcome these upgrades, these are both features that PlayStation 4 has had since its November launch.

The hard drives are not bound to the Xbox One system. If you take it to a friend’s house and sign in with your Xbox Live account, you can immediately start playing content off of your hard drive on someone else’s console.

For real names, players can choose who they share their actual human name with. Don’t worry. If you only want your bros to see you as “FacePuncher420x,” then you can keep it that way.

“Real names and external storage support are just the beginning for June,” Xbox evangelist Larry “Major Nelson” Hryb wrote in a blog post. “With this update, Xbox Live is being improved in a number of ways as we announced last week.”

Starting in June, subscribers to Microsoft’s Xbox Live Gold gaming service, which costs $10 per month (at most), will get select digital releases at no additional charge.

Players will also get new second-screen features as part of Microsoft’s SmartGlass app, which connects smartphones and tablets to the Xbox One console. You will now have the full OneGuide on the app to make navigating television easier. Players can also use the app as a universal remote, and to sign into an account.

Many of these new SmartGlass features can handle some of the features that are now slightly more difficult for anyone who buys an Xbox One without the Kinect. That camera enabled players to use voice controls to navigate and to sign in. While players can still do that with the controller, a smartphone or tablet is potentially faster in some circumstances.

“Since our launch of Xbox One last year, we’ve been hard at work to continue making Xbox One the best destination for all your gaming and entertainment experiences,” wrote Hryb. “Because of the way we’ve designed the Xbox One platform, we’ve been able to continually improve the product for you with a more regular cadence of system and app updates. Your feedback for what you want most has been our guiding light for these updates and will continue to be as we work to bring the fan-favorite features you want most.”

The June patch marks the latest monthly update for the Xbox One. Through this process, Microsoft has already added features like gameplay livestreaming through Twitch and a sound mixer that enable players to change the level of a game and snapped app. While a lot of what Microsoft has added is basic functionality, the company is quickly delivering on all of its promises.

Comparatively, Sony’s updates are slightly more irregular. On April 16, Sony dispatched an upgrade for the PS4 that introduced Sharefactory, which is a feature similar to Xbox One’s Upload Studio, but now it’s unclear if the hardware company will have another update ready any time soon.