A new survey of 3,211 chief information officers finds that women make up only 7 percent of top tech positions — down 2 percent from last year.

“This suggests that while we do not yet see enough women entering the industry, if they do embark on a career in IT, there is more chance that they could realize their full potential than many other sectors,” reads the report from Harvey Nash. “If more young women can be persuaded to enter the IT profession, it looks as though both they and the industry will benefit.”

A 2 percent drop could be within the year-to-year margin of error, but it does tell us that we aren’t seeing a steady march to equality in the tech sector.

Oddly enough, about one-third of CIOs do not believe women are underrepresented in their departments. 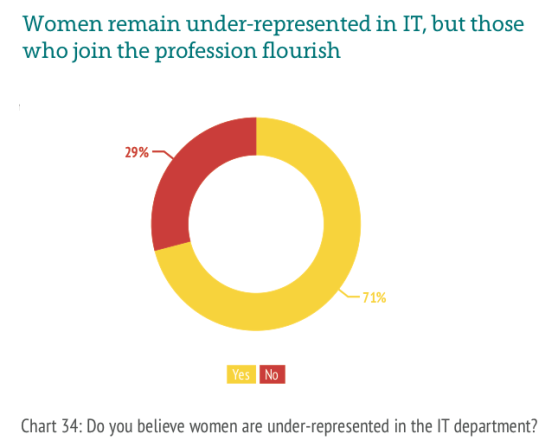 A similar report this year from research firm, Gartner, found that gender progress has flatlined. “The percentage of women CIOs has remained largely static since 2004,” explained the report’s announcement. “It is disappointing that the overall percentage of women in the role has not grown significantly in the last 10 years.”

This isn’t entirely surprising, given that men dominate Computer Science degrees 18 percent vs. 82 percent in the U.S. and U.K. 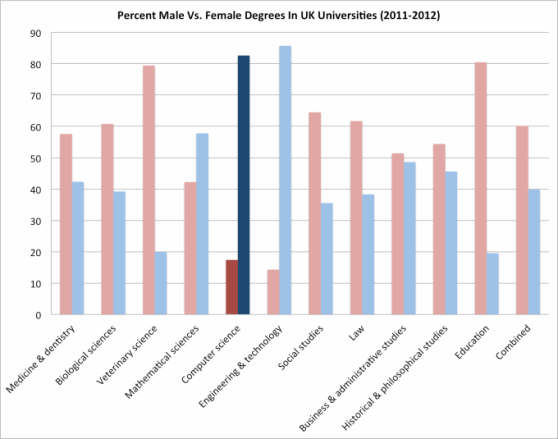 On the plus side, the University of California, Berkeley, saw its first female majority intro to computer science class thanks to heavy campaigning and a shift toward project-based learning. Still, a generation is a long time to wait.