City simulators don’t really need stunning graphics. Many developers keep things simple as a matter of practicality. The better the city and townspeople look, the bigger beating the player’s processor takes when it tries to render thousands of citizens scurrying around a beautiful metropolis. A downgrade insures consistent gameplay, which should always be the No. 1 concern.

That said, Tropico 5’s visuals fall a little short of even the modest goals set by other sims. It doesn’t really stack up to the most recent Civilization and Total War games. It has a solid art style that offsets some of its graphical shortcomings, but I can’t help feeling that a little more muscle would have gone a long way in delivering a more polished product.

My video card is a Nvidia 470, and the game recommends a 500 or better. I had all of the recommended specifications beyond that. I ran everything on maxed out settings. Nothing lagged or bugged out in the single-player. Someone on a high-end computer may experience better visuals. 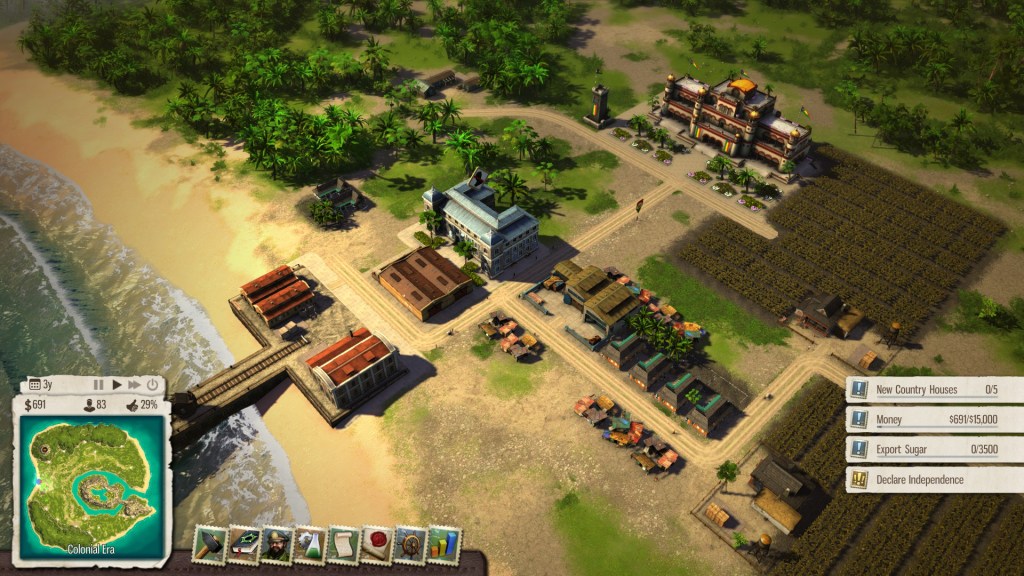 Above: Anyone caught swimming in El Presidente’s ocean will be executed.

The multiplayer is clunky and needlessly complex

I don’t enjoy the multiplayer modes of most simulation games. I think that simulators are for solo play.

Despite my apprehension, I gathered a posse and rode into the Tropican sunset. And honestly? I should have stayed home.

The only bugs I encountered throughout the entire game (I had finished the single-player campaign before touching the multiplayer features) came out in my third multiplayer game. I was unable to construct buildings or select trade options, which is pretty important for a simulator. I also had a few instances of video and audio cutting out during my co-op adventures.

You get two multiplayer options: Co-op Match and Vs. Match. However, neither of these options live up to their titles. Co-op implies that players can team up against an A.I. foe, but Tropico 5’s multiplayer modes don’t permit bots. This means the only way to play with your friend is to team up against another pair of real players, which isn’t exactly co-op.

The Vs. Match is also misleading due to Tropico 5’s nonviolent tone. It has very few soldiers and almost no fighting. This is actually a nice distinguishing factor for Tropico 5’s single-player options, but it doesn’t really translate well to a player-vs.-player scenario. Rather than building troops to crush one another, players in a Tropico 5 Vs. Match simply race to complete the most side missions, raise the most money, or complete a particular building the fastest. These contests can be fun in their own way, but they don’t stir the competitive spirit the way a multiplayer mode should. 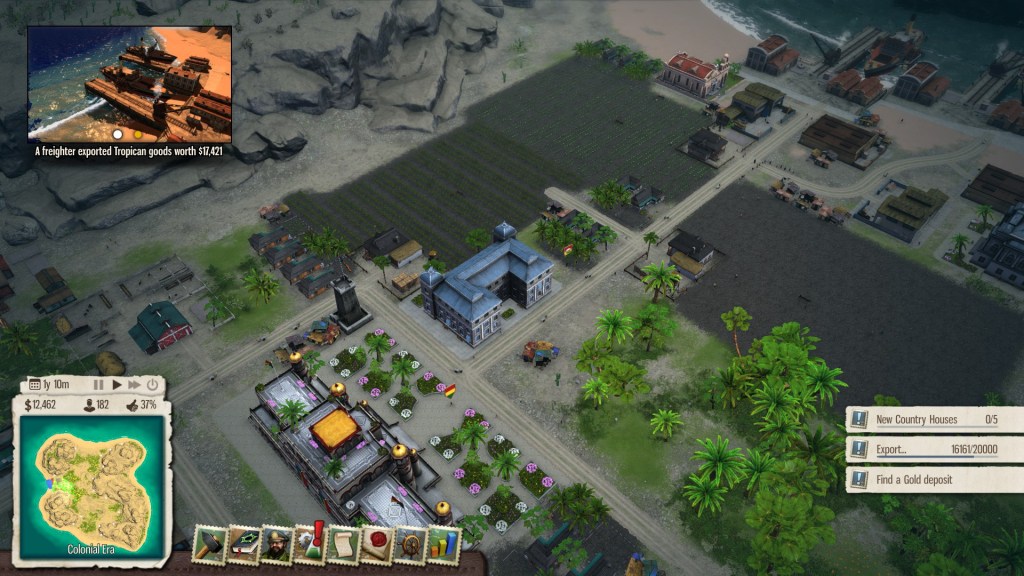 Above: A proper trade strategy will keep El Presidente rich and Tropico hungry.

Tropico 5 works in a lot key areas. The controls and interface are familiar and rock-solid, and the spicy music and comical cast keep it fresh. A near-endless supply of customization options adds a necessary strategy element to the title. Dated graphics and a hopeless multiplayer section damage its overall appeal, but fans of the Tropico series and its competitors won’t be disappointed by the newest offering.

Tropico 5 is out May 23 for the PC. Xbox 360 and Mac versions are due this summer, and a PS4 version is due in the fall. The publisher provided GamesBeat with a code of the PC version for this review.