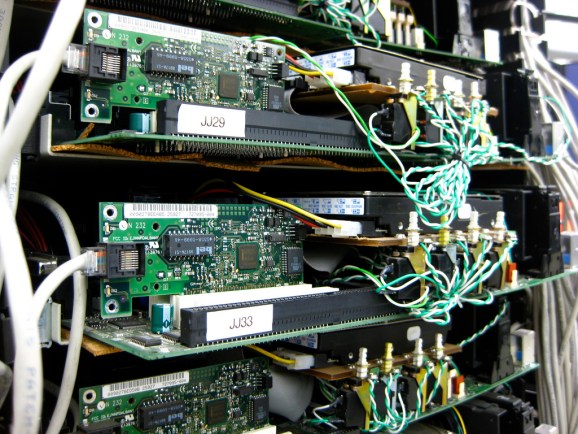 The upgrades continue the pattern of Docker’s software providing a more efficient way for developers and companies to build and run applications. Docker created “containers” — based on existing open-source code — for holding bits of code together and easily moving them from one server to others.

Now Google is trying to make it easier for developers to use Docker containers.

Google offers a virtual-machine image containing the Debian operating system, the Docker runtime, and a way to create and manage Docker containers, Beda said. And in the future, an open-source Reference Node Container Manager will “expose metrics, logs, [and] history,” according to Beda’s slide deck.

All this means Google is doing more than just make Docker work on the Google cloud. The additions suggest Google could be an especially good choice for developers and companies that see architectural advantages of running applications in Docker’s containers.

And more good stuff is on the way.

“The Google presentation at GlueCon was interesting, and should provide an early indication of where things are going,” Docker chief executive Ben Golub wrote in an email to VentureBeat. “As you may have noticed, Eric Brewer from Google is giving a keynote at DockerCon, and there are some far more interesting things coming down the pike.”

Docker will hold its inaugural DockerCon conference on June 9 and June 10 in San Francisco. Tickets are sold out.

Meanwhile, other cloud providers and cloud infrastructure software sellers have been gradually showing support for Docker containers. Red Hat, Amazon.com, and other companies want to ensure they can support developers who wish to run Docker-compatible apps.

Docker, for its part, has been devising services to take in revenue based on the usage of the company’s open-source creations.