Do you miss the old Facebook? The one without all those profile pic updates and Upworthy headlines?

Facebook may be the perfect communication tool, but the News Feed is a distraction machine — it zaps productivity and gives users little more than a lingering fear of missing out (FOMO).

If you’ve felt this way, you’re not alone. In protest of what Facebook has become, thousands of users have installed a new Chrome Extension, “News Feed Eradicator for Facebook,” to silence Facebook’s news feed. And tech-savvy Safari users have opted to eliminate Facebook’s News Feed via a simple CSS tweak.

The mod sends users back to the old Facebook — before the social network’s homepage became a tool for relentlessly stalking your friends in 2006. 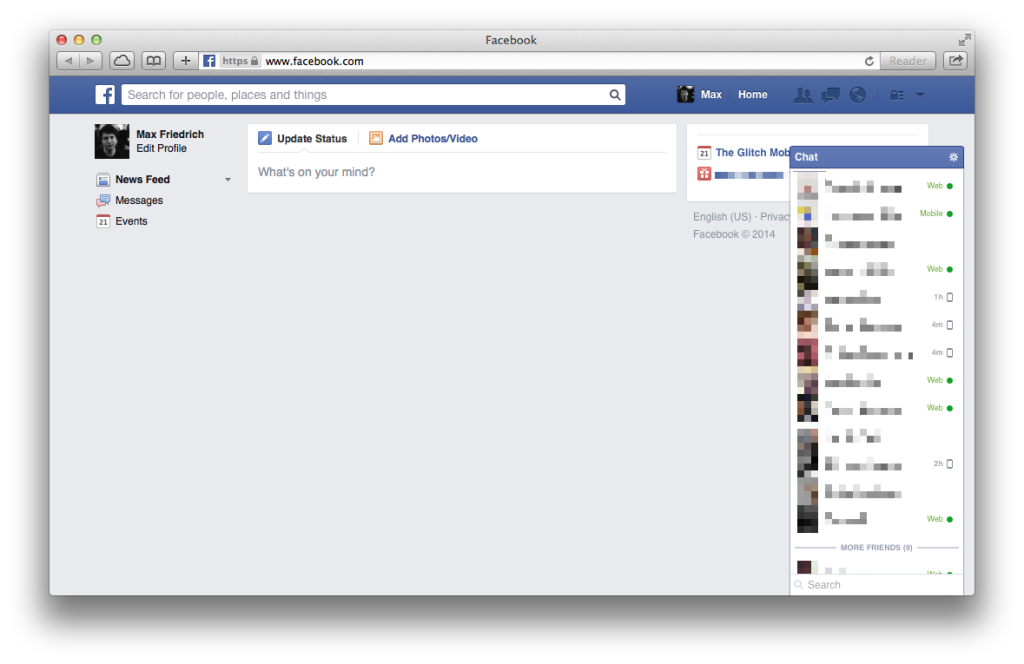 While the concept of modifying the Facebook experience is not new, the recent surge in interest emerged from an experiment by German developer Max Friedrich dubbed “Quiet Facebook.”

Facebook is an important communication tool to me. Most of my fellow students don’t use iMessage or Twitter DMs, so we talk on Facebook. However, I seem not to be able to just check my messages on Facebook. Instead, I wind up scrolling through the News Feed for a couple of minutes each time I visit Facebook in the browser.

I concluded that I don’t need to read the News Feed, so I wrote a custom stylesheet that hides it.

Friedrich’s CSS hack is freely available on GitHub, and it’s only a matter of time before a Firefox extension emerges as well. While the Quiet Facebook movement may not have legs, it certainly sends major signals to Facebook that its feed doesn’t suit the needs of at least a small subset of users.