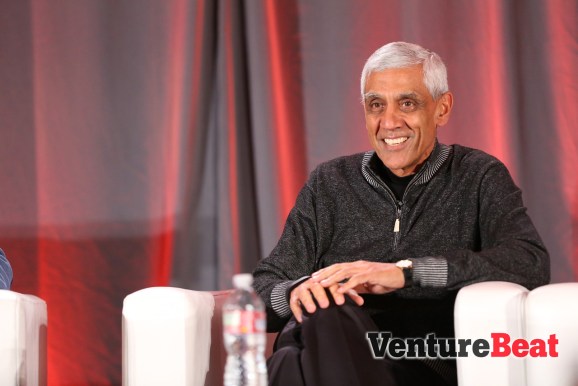 One day venture capitalist Vinod Khosla gets in a fight with surfers over access to a beach with sweet waves, and the next he’s over at Stanford saying that he thinks the healthcare system would be a lot better off if most doctors were replaced by Big Data crunchers. Wow. Lose friends much?

“Biological research will be important, but it feels like data science will do more for medicine than all the biological sciences combined,” the Silicon Valley heavyweight said at the Stanford University School of Medicine’s Big Data in Biomedicine Conference Friday. “I may be wrong on the specifics, but I think I will be directionally right,” Khosla said.

Khosla has for a long time believed that machines armed with mountains of data will (and should) make most of the clinical decisions in the future, eliminating the need for most doctors. Humans, he believes, just can’t handle enough data to understand and prevent illness.

“Humans are not good when 500 variables affect a disease. We can handle three to five to seven, maybe,” he said. “We are guided too much by opinions, not by statistical science.”

Khosla may be “directionally” right that Big Data will end up being a big deal for healthcare, it’s one of the industries that has the most to gain from data science. That’s a big part of the reason the federal government is mandating the use of electronic health records — so that mountains of patient and treatment data can be captured in digital form, and studied.

We imagine huge databases pulling health and non-health information from a thousands of sources, predicting when disease will strike, and forecasting the efficacy of treatments.

The scary thing about Big Data is that it’s cold science. Big Data might predict the incidence of diabetes by learning that it correlates with some random marker like purse thefts or banana imports. Big Data doesn’t care, as long as the prediction works.

A human doctor is more likely to try to predict diabetes by tying it to factors that bear a natural, causal, relation to the disease, like obesity or junk food intake.

In all likelihood both of these approaches — the cold science and the warm — will end up being useful in making people healthier in the years to come. And doctors will more than likely be the ones to formulate the questions we need to ask of the data, and the ones to figure out how to put the answers to work at ground level.

Kohsla’s comments hit an old sore spot for doctors, who have been grousing for years about “cookie cutter medicine” driven by new health IS systems. Any doctor will tell you that practicing medicine is both science and art.

Naturally, some of the doctors in the audience at Stanford didn’t care much for Khosla’s comments. “I don’t agree with 80 percent of your remarks,” said one.