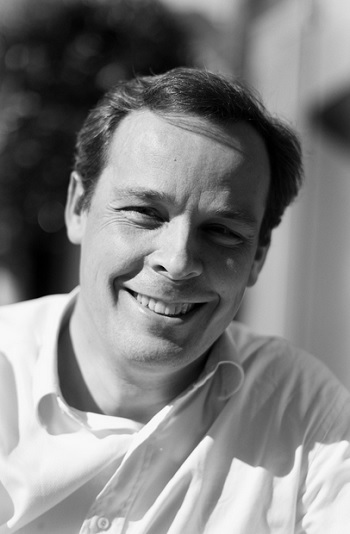 Above: Guillaume Lautour of IDInvest

Guillaume Lautour: To me, there are three key things that are interesting right now. I see the return of difficult games. Game studios always talk about mid-core and hardcore and so on, but most of these games are actually super easy. Games were originally very difficult, if you remember the games you guys were playing 10 or 20 years ago. I’ve seen too many easy games in the last five years, these kinds of social games. I think difficulty is coming back.

Second, I’d like to see more connections in the industry between the Asian gaming market and the western one. We’ve seen transactions like Softbank acquiring Supercell, but that’s just one step. For now, those two markets are very separate. Both of them are huge, especially the Asian one. We don’t see many European and American players taking too much of an interest in the Asian market. That’s difficult to tackle, but I’m trying to do that a little bit.

The third thing is, I meet many studios who are experiencing deep problems between their founders, who want to stick to premium games, and others who want to do free-to-play games only. In France I see several examples of studios that have split this way, not being able to adjust to two different types of game design at the same studio. Most of the successes we see in mobile free-to-play games today are published by very small studios. It’s still difficult for the big publishers to tackle these kinds of game designs. I’d love to see a stronger appetite for success from the large publishers toward free-to-play games.

GamesBeat: The games business has created more value in the last few years than we’ve seen in a long time. King went from not being worth very much to $6 billion in value in the stock market. Zynga, $3 billion. Nexon, another few billion. Supercell, from zero to $3 billion.

Buttler: I think it’s just the tip of the iceberg. I think it’s about time, but it’s also the right time. A lot has to do with the fact that the world is getting flat. If you create a hit today, particularly on the smartphone, it can be a global hit. It’s not longer contained to a certain geography or the small installed base of a high-end console. You are now making games that a billion people on the smartphone can play. They can all play it in a similar way. Monetization is solved, monetization mechanisms and platforms, all these things are in place on a global basis.

That makes the highs higher and the lows lower. You have thousands that fail and ones that become big hits. Some manage the combination of quality, luck, timing, and everything else to be in the top 20 or the top 10 and basically print money on a global basis.

In Asia you had this move toward mobile and online much earlier than here. Nobody had to deal with legacy businesses. As a result of these better business models in mobile and online, which have much higher margins, the Asian players have this tremendous domestic strength. They have 40 to 60 percent margin businesses. It’s huge money generation, and that now allows them to have this appetite and have the muscle to go global.

Even the top western players in the traditional console business, compared to the margins of a Tencent or a Nexon or any of the top Asian players, it just doesn’t compare. You have zero to 10 percent margins here and 40 to 60 percent margins over there for comparable leading players. If you have all this excess capital, of course you want to grow even more and replicate this in different territories.

Together with the global marketplace you now have and the platforms that are global, in my mind that will continue to fuel this trend. Once you break through and you have a hit or a quality title that you’ll be able to sell globally, you’ll be able to attract enormous amounts of money. $3 billion today is probably going to be $10 billion tomorrow, and so on. It will just continue in this way.

Baverstock: I’d very much agree with the first part of that. It’s the right time. It’s deserved. The money should be there. We’re seeing the fruits of a global business maturing.

I am slightly concerned about the western big market cap companies that have gone public recently. There’s a real danger that those are overvalued compared to their Asian compatriots, who have a much more solid business, much better diversified, and a very good stranglehold on their domestic market. There’s a risk that, at the top end, some of the western companies are not being correctly valued, and that will have a long-term negative impact on the investment climate for all of us trying to build businesses in this part of the world.

Overall, though, the global state of the industry is quite deserved. It’s a great place to be. 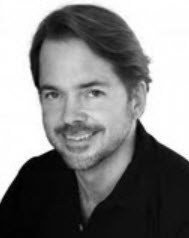 Above: Marc Jackson of Seahorn Capital

Jackson: I think the value creation we’re seeing right now is commensurate with the revolution in human communications, with the internet in its second or third iteration, however you want to count it. To your point, I’m concerned about the legacy publisher valuations, like Electronic Arts and others, which seem to be having a resurgence which is very short-term.

I also think that we’ve seen tremendous shifts in geography. Of course there’s Asia, but in my experience in the game industry, we’ve seen Germany come from being a consumer of games, not a creator of games, to being a key creator of games. There’s many examples. There’s Crytek on the engine and technology side, as well as the content side, but now you have this flourishing area in Berlin where you have all kinds of new mobile apps. To bring it home to France a bit here, one thing we can see is that France could have a tremendous resurgence itself.

Fear is a good thing. I’m definitely concerned and afraid of valuations. They’re crazy. They don’t make any sense. If you’re trained in finance at all, you can see that it’s very hard to predict where market valuations are going. I don’t think the motivations are there to really understand that. On a bigger, macroeconomic scale, we’re seeing the indication that the market continues to shift, both on a consumer level and on an enterprise level.

On that note, I’ll give a plug for one of the things that I think is a trend as well, and that’s what we generally call gamification – bringing game-like attributes to enterprise software and other types of software development or even old media efforts. Again, we’re at the tip of an iceberg there, where we could see the game industry transform into something we’ve never seen before, as it brings gaming formally into the workplace or the classroom.

Stokes: To throw a little bit of negativity in, just to mix it up a bit—I’ve done a lot of investments in the internet space. I’ve seen companies bought for a billion dollars that have zero revenues. When I see the sort of valuations you’re talking about here and I look at the revenues and the margins they’re generating, it can’t be that crazy relative to the craziness that you see in the world.

I don’t think that’s what’s been pushed yet. That’s what we saw with Zynga. Zynga didn’t have any brand affinity with the public. It stretched its product affinity as far as it could, and then things collapsed. We’ll see what happens with King. That’s something that would concern me.

Baverstock: That’s very interesting. In the end, we’re a creative industry. Investors have to understand that you do need to make great product. You can’t just have a big business and turn out shit. People won’t buy it. It doesn’t work that way. There’s always a massive creative risk.