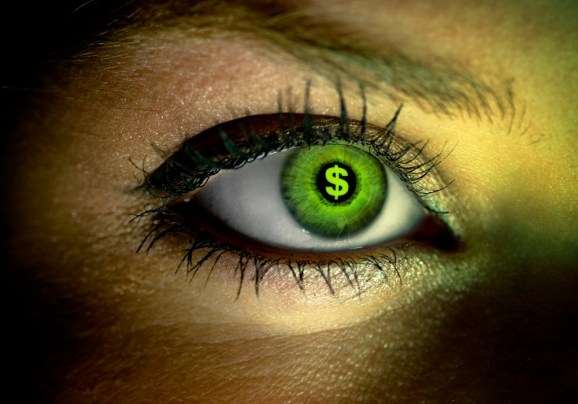 When an investor decides to put money into a startup, effectively putting a stamp of approval on that company, the tech industry pays attention to the startup’s next move.

But what if we get a sense of who investors are interested in earlier by watching their behavior on social networks?

That’s what the team behind the quiet project “the White List” is doing. A few weeks ago, Edward Winters Ronaldson and two of his friends launched the list, which tracks about 400 “influential” investors and which startups they’re showing interest by connecting with them via Twitter, AngelList, LinkedIn, and others.

The team has created algorithms that crunch the various social media connections in real time and account for investors’ “influence.”

“We calculate who is influential with an algorithm that ranks investors based on how many other investors follow/connect with them on social media. We tried not to make it a popularity contest based on total following, but rather their influence in the investor community,” Winters Ronaldson told VentureBeat via email.

Out of about 30,000 startups that the project is tracking, about 25 or so have made it onto the list, showing they’ve garnered enough attention from top investors. They’re also all in the earlier stages, with most of them still in the seed stage, making them perfect targets for heavy investor-focused interactions.

“… I think it says something about the quality of that startup that only a small handful (fewer than 20 at this point) are actually getting attention from top investors,” he said.

Naturally, the White List begs the question of how it’s different from other startup ranking services such as Mattermark, or even just checking the “trending” section of AngelList. Mattermark, a sort of “Bloomberg for venture capital,” uses various data such as social media, news articles, anonymous tips, AngelList, app store rankings, and so on to track and rank thousands of startups. AngelList is a site that brings together angel investors and startups looking for funding and new recruits, where users can communicate and follow one another.

“The main difference [from Mattermark] is that we’re not measuring growth signals like week on week traffic growth, or how many app downloads they had. Instead, we are measuring what the investors think of the startups rather than specific growth signals,” said Winters Ronaldson.

“The idea behind it [is that] the best 400 investors in the world are almost certainly better at picking quality startups than I am or anyone in fact … even if we used software like Mattermark to help us! So I decided to track the investors instead. It’s a pretty interesting case study into the ‘herd mentality’ that VCs are famous for,” he said.

Based on the White List’s core idea, only following the trending section of AngelList would disregard any signaling coming from connections and activity on other networks and produce a less-than-comprehensive view. Whether or not additional data actually matters is still in question.

Since the list’s last update, on May 23, 25 startups have been selected, including Nuzzle, Beatdeck, AptDeco, Instamotor, and ValetAnywhere. The list’s Twitter account publishes a tweet when a new company is selected.

Winters Ronaldson also pointed out that as of two weeks ago, more than 25 venture capital funds are following them on Twitter or subscribing to the email newsletter. Some of its current Twitter followers include Redpoint Ventures’ Tomasz Tunguz, Bain Capital’s Salil Deshpande, Index Ventures’ Martin Mignot, Union Square Ventures’ Alexander Pease, Bloomberg Beta’s Dan Strickland, and SV Angel’s Abram Dawson, among others.

How accurate the White List turns out to be remains to be seen. After all, it’s still early and it relies on social media activity which could be potentially be very flawed, inaccurate, and leave out a lot of offline signaling of interest — something Winters Ronaldson acknowledges.

The White List’s team is based in London, U.K. but tracks investors and startups across all continents.