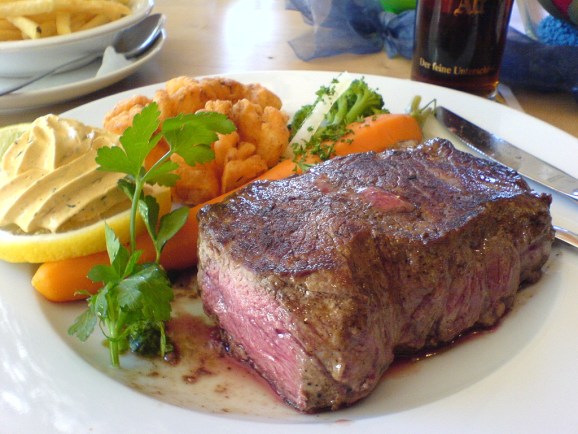 Powdered food replacement Soylent is all the rage in Silicon Valley, but a new study shows that it could have serious adverse effects for mammals.

Newly published research from Tohoku University in Japan found that when mice lived on powdered food substitutes instead of pellets, they experienced a rash of consequences, such as “elevations of blood glucose, hypertension, and abnormal behaviors.”

It turns out that chewing solid food is important for a functioning digestive system. Unlike humans, mice have relatively short lifespans, perfect for testing long-term impact of behaviors. In 17 weeks, the team found that the higher blood glucose levels of short-term powdered diets resulted in all the nasty side effects described above.

The startup, Soylent, has raised more than $1 million, targeting its product at people who think they’re too busy to get nutrition from real food. Unfortunately, the state of food science is still pretty primitive; we really don’t know how the body absorbs nutrients or what certain nutrients do to the body in isolation from food.

The Atlantic has a superb piece looking at all the ways in which vitamin supplements can wreak havoc on the human body, or just be plain ineffective (such as fighting a cold with doses of vitamin C).

Vitamin E supplements, for instance, are tied to a high risk of prostate cancer. A more recent large study published in the Annals of Internal Medicine called into question the benefits of taking supplements at all, arguing “supplementing the diet of well-nourished adults … has no clear benefit and might even be harmful.”

Interestingly enough, Tim Ferris’s blog has the most fascinating and exhaustive experiment with Soylent I’ve seen. He found that the powdered food did not have many short-term negative effects on body composition, nutrition levels, or cognition. Unfortunately, because the experimenter had a terrible diet to begin with, the only reasonable conclusion is that Soylent may not be worse than the typical American diet in the short-term.

Personally, I only have one body, and it’s also attached to my head. So I’m taking Dr. David Agus’s advice and eating real food.