I thought the last chapter of developer Telltale Games’ episodic series was going to be tough to follow. But the new entry (out now on Steam and the PlayStation Network, Wednesday in the Xbox Live Marketplace, and Thursday for iOS devices) started impressing me the moment I started it up on my Xbox 360.

From a quiet moment of recovery after the harrowing confrontation at the end of Smoke and Mirrors, In Sheep’s Clothing sends hero Bigby Wolf into a series of increasingly dire confrontations with implications that affect all of Fabletown and everyone in it.

And you get another chance to punch a particularly annoying character in his stupid face, so it’s a pretty good time all around. 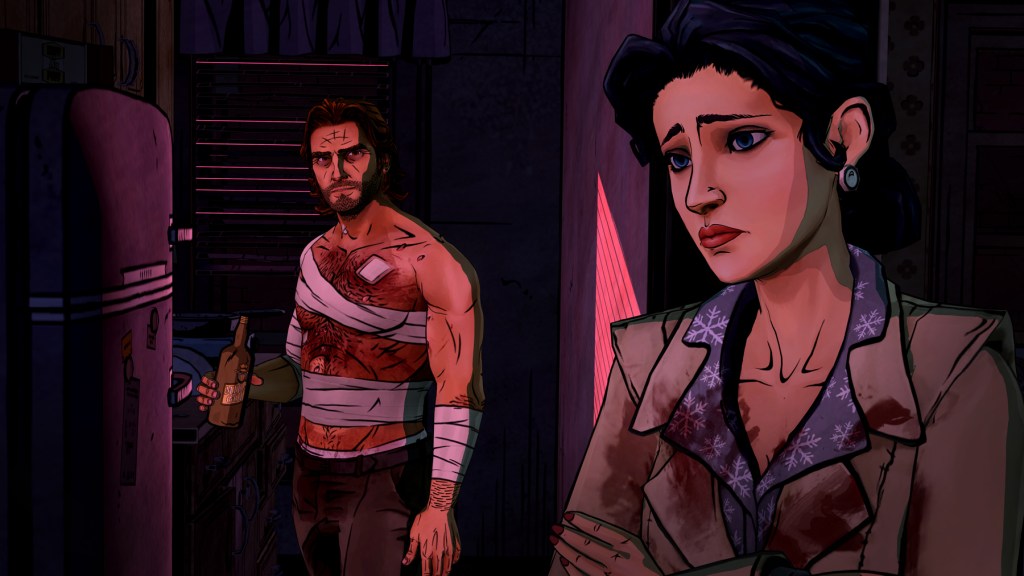 Above: This fulfills the obligatory “hero gets the s*** beat out of him” part of the standard detective story.

The great pacing and building tension

It only took me a couple of hours to play through this chapter, but that’s all of the time Telltale needed to provide a complete experience in which each scene builds logically and organically from the last.

And the end result introduces more questions than it answers. But that’s alright because In Sheep’s Clothing has the unenviable task of opening up the story and introducing a lot of information very quickly. And it succeeds in both aspects by revealing more of what’s going on and making it equally significant and horrifying.

This is the “This is bigger than everyone” chapter, following the previous episodes’ escalation from “This is horrible” to “This is really horrible” to “This is way more horrible than we could have imagined.” And everything that happens in this precious nugget of content is interesting and makes the entire Fables world more dynamic and complex.

And all of it serves the sure knowledge that terrible things are about to happen, and that’s pretty effective, really. 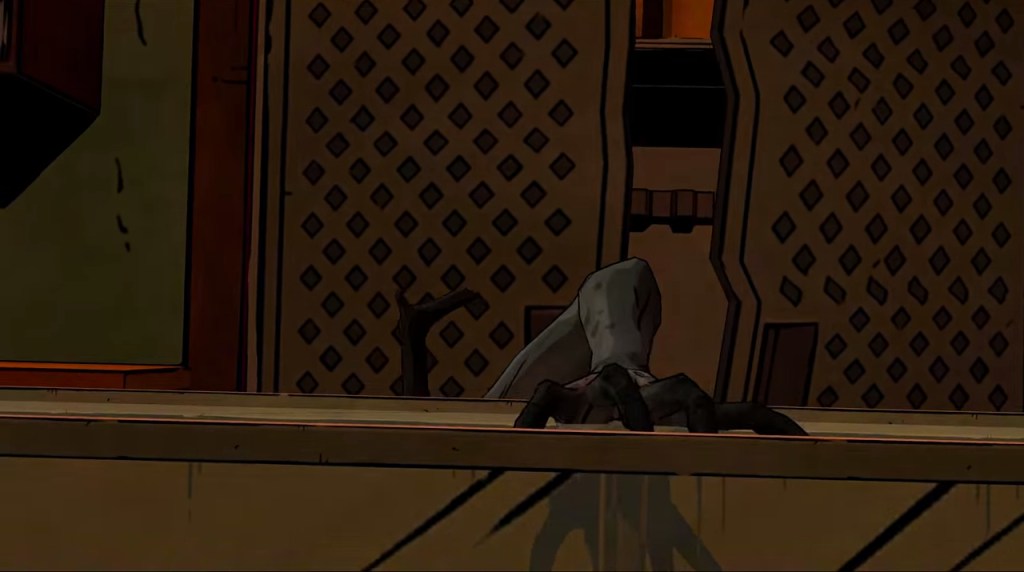 Above: This devilish fellow figures heavily in this episode’s exciting fight sequence.

In Sheep’s Clothing introduces some new foes for Sheriff Wolf to glower at, and they have the most interesting character designs I’ve seen in the series yet. While we’ve already seen plenty of trolls, talking animals, and sociopathic (and impossibly round) twins, the new arrivals are unsettling just to look at and radiate pure evil.

Just something about talking skulls, I think. They’re uncanny.

We get a few other new characters that aren’t malevolent, but they’re basically just dudes. They’re interesting, though. Just not as cool.

It has the best ending yet

The cliffhangers at the end of the first two episodes of The Wolf Among Us are dramatic and surprising — unless you have any knowledge of the source material. This is where the series’ prequelitis appears; if you know who’s still around later on, you can’t get too stressed out when the game puts them in danger.

The third episode’s finale was great, but it didn’t really leave me with an “I must know what happens next” feeling.

In Sheep’s Clothing, however, nails it. I have no intention of spoiling anything here, but your biggest complaint after playing the game this week will be that the final episode isn’t out right now.

All the f***ing swearing

I’m not anti-profanity at all. I like saying bad words, I enjoy writing them, and I firmly believe that they serve a valuable purpose in adding emphasis or humor to most sentences containing them.

Having said that, In Sheep’s Clothing has a lot of cursing in it. Like, so much that it seems like the characters are playing a game in which the first person to not use the word “fuck” in a sentence has to let the other one hit him in the crotch with a spiked baseball bat.

I get that these are gritty, no-nonsense characters, and emotions are running high. But one scene in particular ended up sounding more like the done-for-laughs opening moment of the romantic comedy Four Weddings and a Funeral than, say, director Quentin Tarantino’s gritty heist film Reservoir Dogs, the latter of which being what I assume Telltale was going for here.

I know I’ve mentioned this in every other review for this series, but it’s still an issue: Those immersion-breaking messages saying “____ will remember this” remain, as does your inability to toggle them off. I don’t want to get into a whole thing again, but I continue not to like them.

In Sheep’s Clothing continues on the brutal and downright insane path that Smoke and Mirrors began. It’s a little on the short side, but Telltale uses the time to maximum effect through heightened drama and expansion of the game’s world and society. It’ll leave you excited for the final episode and angry that you can’t play it immediately after finishing this one.

The Wolf Among Us Episode 4: In Sheep’s Clothing is out now on Steam and the PlayStation Network, May 28 in the Xbox Live Marketplace, and May 29 for iOS devices. The developer provided GamesBeat with a free Xbox 360 download code for this review.